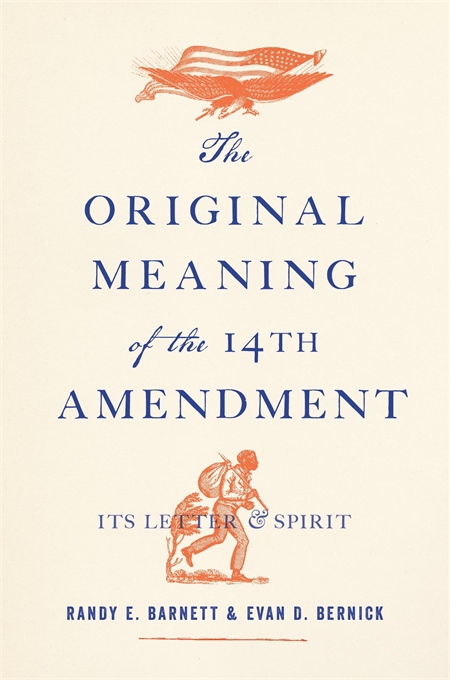 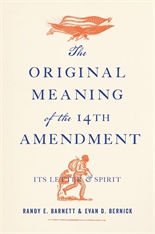 The Original Meaning of the Fourteenth Amendment

Its Letter and Spirit

Listen to Randy Barnett discuss the fourteenth amendment on the National Review podcast The Bookmonger:

A renowned constitutional scholar and a rising star provide a balanced and definitive analysis of the origins and original meaning of the Fourteenth Amendment.

Adopted in 1868, the Fourteenth Amendment profoundly changed the Constitution, giving the federal judiciary and Congress new powers to protect the fundamental rights of individuals from being violated by the states. Yet, according to Randy Barnett and Evan Bernick, the Supreme Court has long misunderstood or ignored the original meaning of the amendment’s key clauses, covering the privileges and immunities of citizenship, due process of law, and the equal protection of the laws.

Barnett and Bernick contend that the Fourteenth Amendment was the culmination of decades of debates about the meaning of the antebellum Constitution. Antislavery advocates advanced arguments informed by natural rights, the Declaration of Independence, and the common law. They also utilized what is today called public-meaning originalism. Although their arguments lost in the courts, the Republican Party was formed to advance an antislavery political agenda, eventually bringing about abolition. Then, when abolition alone proved insufficient to thwart Southern repression and provide for civil equality, the Fourteenth Amendment was enacted. It went beyond abolition to enshrine in the Constitution the concept of Republican citizenship and granted Congress power to protect fundamental rights and ensure equality before the law. Finally, Congress used its powers to pass Reconstruction-era civil rights laws that tell us much about the original scope of the amendment.