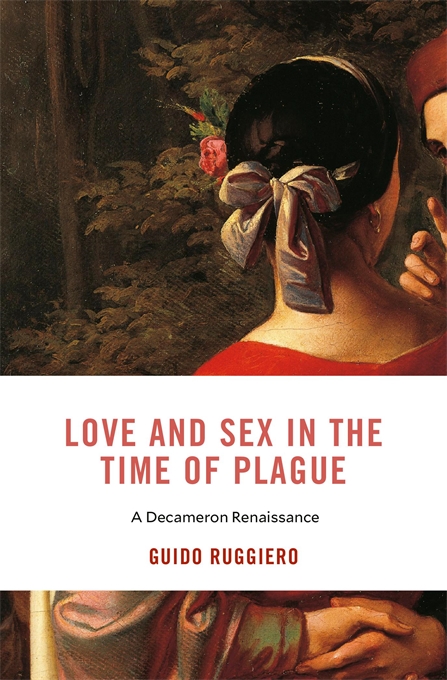 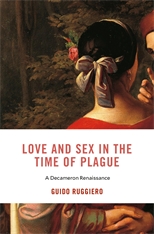 Love and Sex in the Time of Plague

As a pandemic swept across fourteenth-century Europe, the Decameron offered the ill and grieving a symphony of life and love.

For Florentines, the world seemed to be coming to an end. In 1348 the first wave of the Black Death swept across the Italian city, reducing its population from more than 100,000 to less than 40,000. The disease would eventually kill at least half of the population of Europe. Amid the devastation, Giovanni Boccaccio’s Decameron was born. One of the masterpieces of world literature, the Decameron has captivated centuries of readers with its vivid tales of love, loyalty, betrayal, and sex. Despite the death that overwhelmed Florence, Boccaccio’s collection of novelle was, in Guido Ruggiero’s words, a “symphony of life.”

Love and Sex in the Time of Plague guides twenty-first-century readers back to Boccaccio’s world to recapture how his work sounded to fourteenth-century ears. Through insightful discussions of the Decameron’s cherished stories and deep portraits of Florentine culture, Ruggiero explores love and sexual relations in a society undergoing convulsive change. In the century before the plague arrived, Florence had become one of the richest and most powerful cities in Europe. With the medieval nobility in decline, a new polity was emerging, driven by Il Popolo—the people, fractious and enterprising. Boccaccio’s stories had a special resonance in this age of upheaval, as Florentines sought new notions of truth and virtue to meet both the despair and the possibility of the moment.