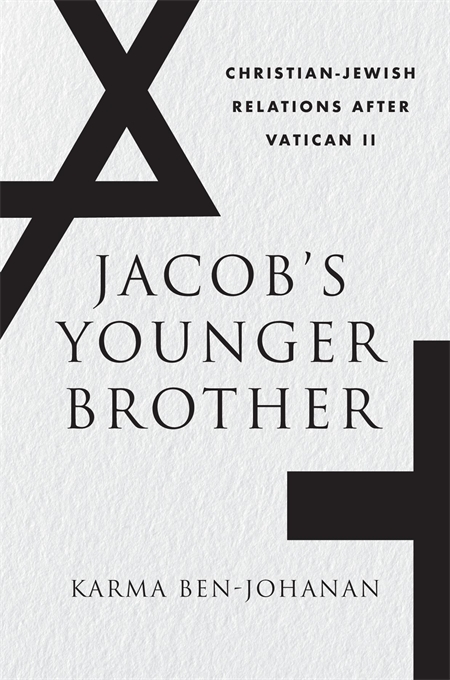 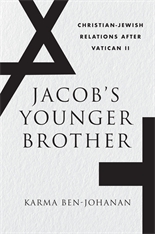 A revealing account of contemporary tensions between Jews and Christians, playing out beneath the surface of conciliatory interfaith dialogue.

A new chapter in Jewish–Christian relations opened in the second half of the twentieth century when the Second Vatican Council exonerated Jews from the accusation of deicide and declared that the Jewish people had never been rejected by God. In a few carefully phrased statements, two millennia of deep hostility were swept into the trash heap of history.

But old animosities die hard. While Catholic and Jewish leaders publicly promoted interfaith dialogue, doubts remained behind closed doors. Catholic officials and theologians soon found that changing their attitude toward Jews could threaten the foundations of Christian tradition. For their part, many Jews perceived the new Catholic line as a Church effort to shore up support amid atheist and secular advances. Drawing on extensive research in contemporary rabbinical literature, Karma Ben-Johanan shows that Jewish leaders welcomed the Catholic condemnation of antisemitism but were less enthusiastic about the Church’s sudden urge to claim their friendship. Catholic theologians hoped Vatican II would turn the page on an embarrassing history, hence the assertion that the Church had not reformed but rather had always loved Jews, or at least should have. Orthodox rabbis, in contrast, believed they were finally free to say what they thought of Christianity.

Jacob’s Younger Brother pulls back the veil of interfaith dialogue to reveal how Orthodox rabbis and Catholic leaders spoke about each other when outsiders were not in the room. There Ben-Johanan finds Jews reluctant to accept the latest whims of a Church that had unilaterally dictated the terms of Jewish–Christian relations for centuries.