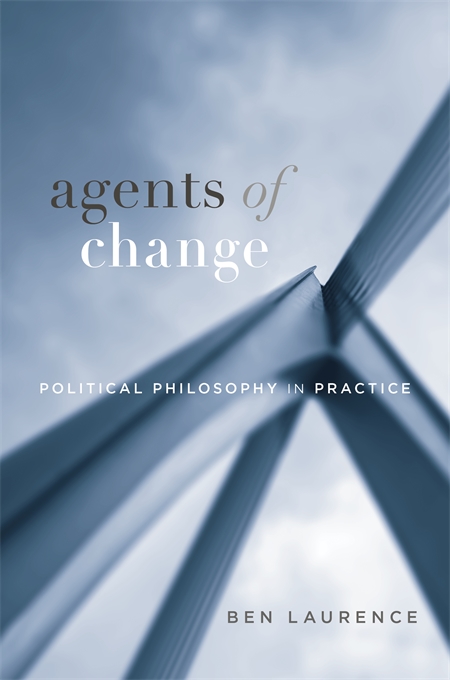 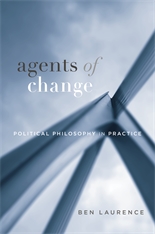 “Ben Laurence has written an important, elegant book. Agents of Change cogently and rigorously argues for a type of ‘ideal theory.’ Though it supplies a deep, bold, and illuminating criticism as well as a partial defense of Rawls, it is a quite original, freestanding work of political philosophy that will endure and guide our thought about change for a long time.”—Martha C. Nussbaum, University of Chicago

“Must political philosophy aim at practical political action, or may it also pursue the nature and content of social justice, however unrealistic justice might be? If anyone thinks the voluminous debates about ‘ideal theory’ are played out, or thinks some position has proven itself, Ben Laurence’s elegant and searching book shows otherwise. Laurence reminds us that the questions are profound, not merely scholastic, and shows us in new ways how powerful are some of the arguments on all sides. But most important, Agents of Change develops a new, broadly Aristotelian framework that yields at once an incisive, constructive interpretation of the existing debates—it would be essential reading if only for that—and a refreshingly large step forward.”—David Estlund, Brown University

“This is an outstanding and timely book. It clarifies and critically assesses the most important contributions to the ongoing debate between utopian and pragmatic approaches in political philosophy. Ben Laurence also advances a novel view—the teleological conception—which captures some of the best insights in the existing competing approaches while avoiding many of their pitfalls. His explanation of the practical standpoint adopted by agents of change pursuing social justice is especially illuminating. This lucid book will appeal widely to scholars and students in philosophy, political science, law, and economics.”—Pablo Gilabert, Concordia University