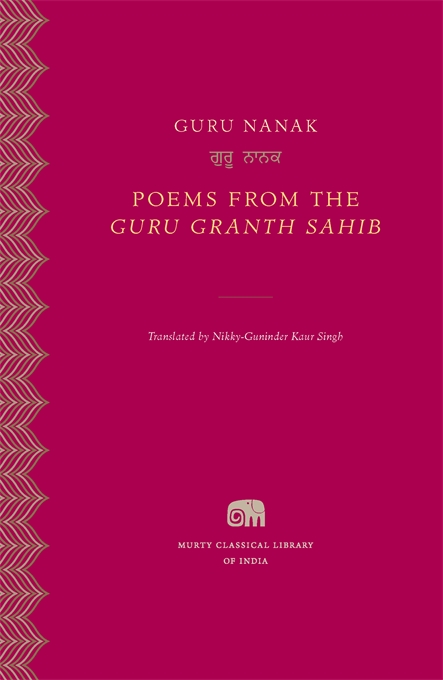 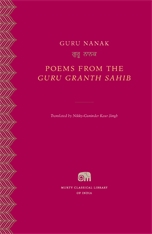 Poems from the Guru Granth Sahib

Guru Nanak (1469–1539), a native of Panjab, founded the Sikh religion. His vast corpus of nearly a thousand hymns forms the core of the Guru Granth Sahib, the Sikhs’ sacred book of ethics, philosophy, and theology. The scripture was expanded and enriched by his nine successors, and Sikhs continue to revere it today as the embodiment of their tradition.

Poems from the Guru Granth Sahib offers a compilation of spiritual lyrics showcasing the range and depth of Guru Nanak’s literary style while conveying his pluralistic vision of the singular divine and his central values of equality, inclusivity, and civic action. This new English translation includes celebrated long hymns such as “Alphabet on the Board” and “Ballad of Hope” alongside innovative shorter poems like “The Hours.” It is presented here alongside the original text in Gurmukhi, the script developed by the Guru himself.