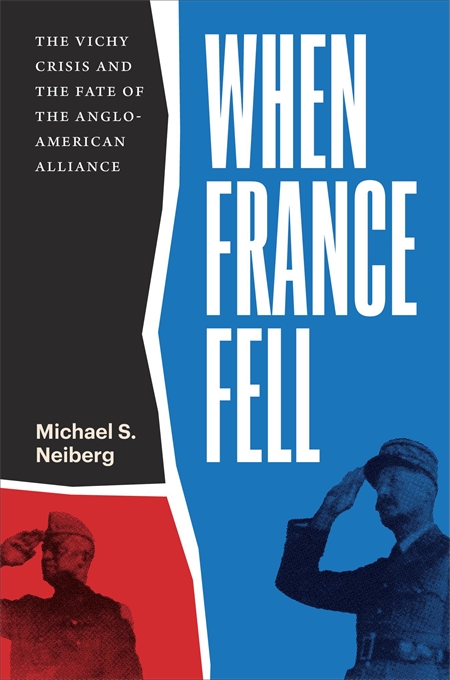 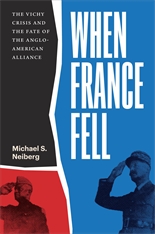 The Vichy Crisis and the Fate of the Anglo-American Alliance

“Deeply researched and forcefully written…deftly explains the confused politics and diplomacy that bedeviled the war against the Nazis.”—Wall Street Journal

“Neiberg is one of the very best historians on wartime France, and his approach to the fall of France and its consequences is truly original and perceptive as well as superbly written.”—Antony Beevor, author of The Second World War

“An utterly gripping account, the best to date, of relations within the turbulent triumvirate of France, Britain, and America in the Second World War.”—Andrew Roberts, author of Churchill: Walking with Destiny

Shocked by the fall of France in 1940, panicked U.S. leaders rushed to back the Vichy government—a fateful decision that nearly destroyed the Anglo–American alliance.

According to U.S. Secretary of War Henry Stimson, the “most shocking single event” of World War II was not the Japanese attack on Pearl Harbor, but rather the fall of France in spring 1940. Michael Neiberg offers a dramatic history of the American response—a policy marked by panic and moral ineptitude, which placed the United States in league with fascism and nearly ruined the alliance with Britain.

The successful Nazi invasion of France destabilized American planners’ strategic assumptions. At home, the result was huge increases in defense spending, the advent of peacetime military conscription, and domestic spying to weed out potential fifth columnists. Abroad, the United States decided to work with Vichy France despite its pro-Nazi tendencies. The U.S.–Vichy partnership, intended to buy time and temper the flames of war in Europe, severely strained Anglo–American relations. American leaders naively believed that they could woo men like Philippe Pétain, preventing France from becoming a formal German ally. The British, however, understood that Vichy was subservient to Nazi Germany and instead supported resistance figures such as Charles de Gaulle. After the war, the choice to back Vichy tainted U.S.–French relations for decades.

Our collective memory of World War II as a period of American strength overlooks the desperation and faulty decision making that drove US policy from 1940 to 1943. Tracing the key diplomatic and strategic moves of these formative years, When France Fell gives us a more nuanced and complete understanding of the war and of the global position the United States would occupy afterward.