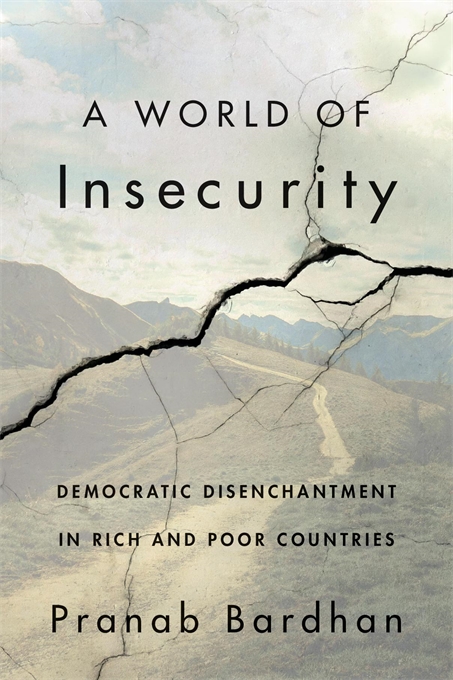 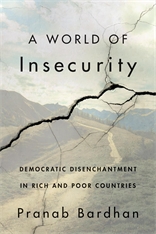 A World of Insecurity

An ambitious account of the corrosion of liberal democracy in rich and poor countries alike, arguing that antidemocratic sentiment reflects fear of material and cultural loss, not a critique of liberalism’s failure to deliver equality, and suggesting possible ways out.

The retreat of liberal democracy in the twenty-first century has been impossible to ignore. From Wisconsin to Warsaw, Budapest to Bangalore, the public is turning against pluralism and liberal institutions and instead professing unapologetic nationalism and majoritarianism. Critics of inequality argue that this is a predictable response to failures of capitalism and liberalism, but Pranab Bardhan, a development economist, sees things differently. The problem is not inequality but insecurity—financial and cultural.

Bardhan notes that antidemocratic movements have taken root globally in a wide range of demographic and socioeconomic groups. In the United States, older, less-educated, rural populations have withdrawn from democracy. But in India, the prevailing Hindu Nationalists enjoy the support of educated, aspirational urban youth. And in Europe, antidemocratic populists firmly back the welfare state (but for nonimmigrants). What is consistent among antidemocrats is fear of losing what they have. That could be money but is most often national pride and culture and the comfort of tradition.

A World of Insecurity argues for context-sensitive responses. Some, like universal basic income schemes, are better suited to poor countries. Others, like worker empowerment and international coordination, have broader appeal. But improving material security won’t be enough to sustain democracy. Nor, Bardhan writes, should we be tempted by the ultimately hollow lure of China’s authoritarian model. He urges liberals to adopt at least a grudging respect for fellow citizens’ local attachments. By affirming civic forms of community pride, we might hope to temper cultural anxieties before they become pathological.