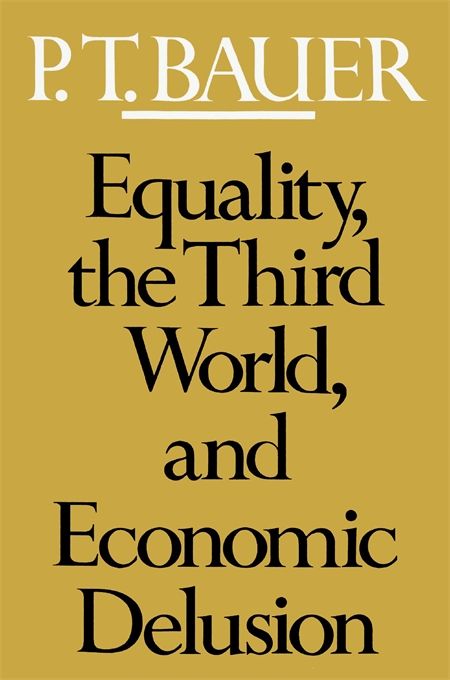 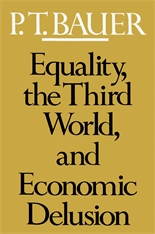 Not for sale in United Kingdom

Even in impoverished countries lacking material and human resources, P. T. Bauer argues, economic growth is possible under the right conditions. These include a certain amount of thrift and enterprise among the people, social mores and traditions which sustain them, and a firm but limited government which permits market forces to work. Challenging many views about development that are widely held, Bauer takes on squarely the notion that egalitarianism is an appropriate goal. He goes on to argue that the population explosion of less-developed countries has on the whole been a voluntary phenomenon and that each new generation has lived better than its forebears. He also critically examines the notion that the policies and practices of Western nations have been responsible for third world poverty. In a major chapter, he reviews the rationalizations for foreign aid and finds them weak; while in another he shows that powerful political clienteles have developed in the Western nations supporting the foreign aid process and probably benefiting more from it than the alleged recipients. Another chapter explores the link between the issue of Special Drawing Rights by the International Monetary Fund on the one hand and the aid process on the other.

Throughout the book, Bauer carefully examines the evidence and the light it throws on the propositions of development. Although the results of his analysis contradict the conventional wisdom of development economics, anyone who is seriously concerned with the subject must take them into account.