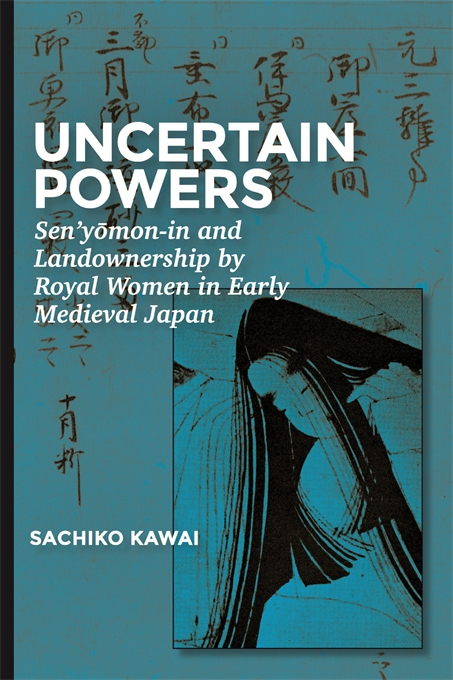 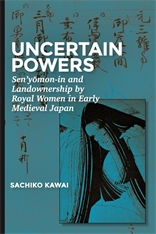 Uncertain Powers is an original and much-needed analysis of female leadership in medieval Japan. In challenging current scholarship by exploring the important political and economic roles of twelfth- and thirteenth-century Japanese royal women, Sachiko Kawai questions the traditional view of the era as one dominated by male retired monarchs and a warrior government. Instead the author populates it with royal wives and daughters who held the title of premier royal lady (nyoin) and owned extensive estates across the Japanese archipelago. Nyoin, whose power varied according to marital status, networks, and age, used their wealth and human networks to build temples and organize their entourages as salons to assert religious, cultural, and political influence. Confronted with social factors and gender disparities, they were motivated to develop coping strategies, the workings of which Kawai masterfully teases out from the abundant primary sources.

Uncertain Powers presents a nuanced and groundbreaking study of the relationship between a nyoin’s authority (her acknowledged rights) and her actual power (the ability to enforce those rights), demonstrating how, as members of political factions, as landlords, and as religious and cultural patrons, nyoin struggled to transform authority into power by means of cooperation, persuasion, compromise, and coercion.