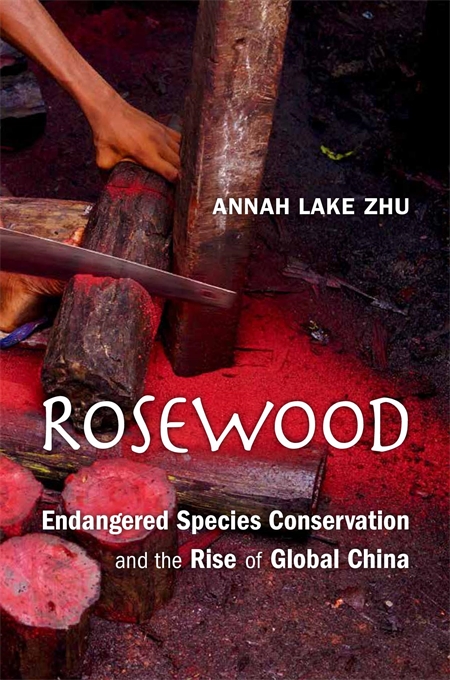 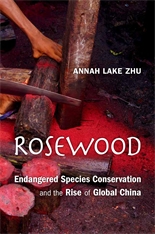 Endangered Species Conservation and the Rise of Global China

“An ambitious and visionary global ethnography as exquisite as its subject matter—rosewood. Zhu reveals the intricate political, economic, and ecological dynamics of supply and demand, conservation and logging, and above all the epic contention between two paradigms of environmentalism that will shape the future of another endangered species—humanity.”—Ching Kwan Lee, author of The Specter of Global China

“This book presents the fascinating story of the global connections forged by the rosewood trade between China, Madagascar, and Western conservationists. Zhu carefully analyzes and deftly critiques assumptions about conservationists, consumers, and loggers, and provides a much more nuanced account. Rosewood is a must-read for anyone concerned about the social and ecological impacts of the illegal wildlife trade.”—Rosaleen Duffy, author of Security and Conservation

“Contrasting Chinese and Western imaginaries of forests, Annah Lake Zhu takes readers along on her own transformative journey between the United States, Madagascar, and China. Rosewood is a beautiful and necessary read, opening the path to nothing less than a cultural revolution in environmental conservation.”—Philippe Le Billon, author of Wars of Plunder: Conflicts, Profits and the Politics of Resources

“Annah Lake Zhu’s Rosewood deconstructs the chasm between Western and Chinese understandings of the value of rosewood and other endangered species. Transnational environmental groups seek futilely to protect rosewood against poachers and corrupt environmental officials in remote Madagascar parks, while Chinese craftsmen and consumers seek to liberate its beauty through carved furniture that affirms the greatness of China’s cultural heritage. The book makes the provocative case that cultural relativism holds the key to conserving global biodiversity, as an increasingly dominant non-Western approach locates sustainability in engineered utility rather than utopian preservation. Fearless, challenging, and engagingly written, Rosewood is required reading for anyone concerned with global biodiversity collapse.”—Judith Shapiro, author of Mao’s War against Nature and coauthor of China Goes Green: Coercive Environmentalism for a Troubled Planet