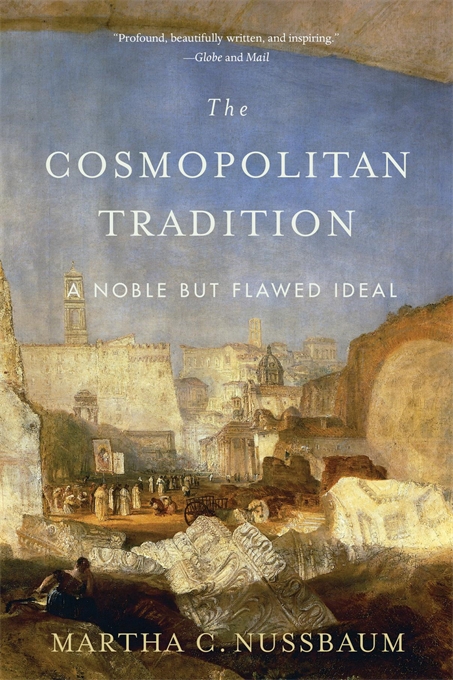 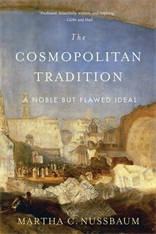 A Noble but Flawed Ideal

“Profound, beautifully written, and inspiring. It proves that Nussbaum deserves her reputation as one of the greatest modern philosophers.”—Globe and Mail

“At a time of growing national chauvinism, Martha Nussbaum’s excellent restatement of the cosmopolitan tradition is a welcome and much-needed contribution…Illuminating and thought-provoking.”—Times Higher Education

“Lucid and accessible…In an age of resurgent nationalism, a study of the idea and ideals of cosmopolitanism is remarkably timely.”—Ryan Patrick Hanley, Journal of the History of Philosophy

The cosmopolitan political tradition in Western thought begins with the Greek Cynic Diogenes, who, when asked where he came from, responded that he was a citizen of the world. Rather than declaring his lineage, city, social class, or gender, he defined himself as a human being, implicitly asserting the equal worth of all human beings.

Martha Nussbaum pursues this “noble but flawed” vision of world citizenship as it finds expression in figures of Greco-Roman antiquity, Hugo Grotius in the seventeenth century, Adam Smith during the eighteenth century, and various contemporary thinkers. She confronts its inherent tensions: the ideal suggests that moral personality is complete, and completely beautiful, without any external aids, while reality insists that basic material needs must be met if people are to realize fully their inherent dignity. Given the global prevalence of material want, the lesser social opportunities of people with physical and cognitive disabilities, the conflicting beliefs of a pluralistic society, and the challenge of mass migration and asylum seekers, what political principles should we endorse? Nussbaum brings her version of the Capabilities Approach to these problems, and she goes further: she takes on the challenge of recognizing the moral claims of nonhuman animals and the natural world.

The insight that politics ought to treat human beings both as equal to each other and as having a worth beyond price is responsible for much that is fine in the modern Western political imagination. The Cosmopolitan Tradition extends Nussbaum’s work, urging us to focus on the humanity we share rather than all that divides us.