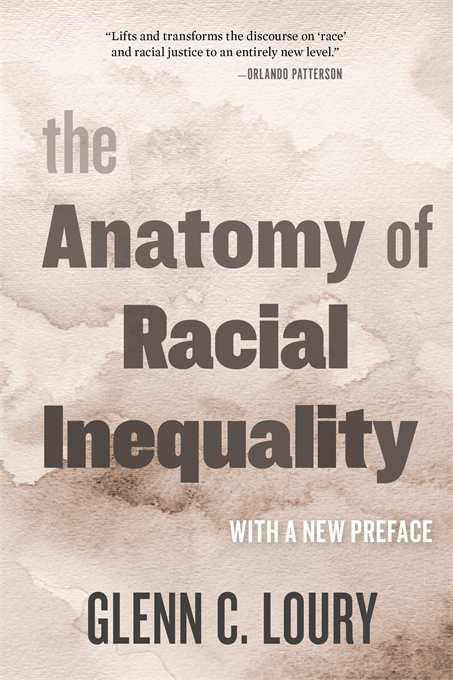 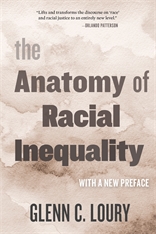 “Lifts and transforms the discourse on ‘race’ and racial justice to an entirely new level.”—Orlando Patterson

“Paints in chilling detail the distance between Martin Luther King’s dream and the reality of present-day America.”—Anthony Walton, Harper’s

“Loury provides an original and highly persuasive account of how the American racial hierarchy is sustained and reproduced over time. And he then demands that we begin the deep structural reforms that will be necessary to stop its continued reproduction.”—Michael Walzer

“He is a genuine maverick thinker…The Anatomy of Racial Inequality both epitomizes and explains Loury’s understanding of the depressed conditions of so much of black society today.”—New York Times Magazine

Why are black Americans so persistently confined to the margins of society? And why do they fail across so many metrics—wages, unemployment, income levels, test scores, incarceration rates, health outcomes? Known for his influential work on the economics of racial inequality and for pioneering the link between racism and social capital, Glenn Loury is not afraid of piercing orthodoxies and coming to controversial conclusions. In this now classic work, reconsidered in light of recent events, he describes how a vicious cycle of tainted social information helped create the racial stereotypes that rationalize and sustain discrimination, and suggests how this might be changed.

Brilliant in its account of how racial classifications are created and perpetuated, and how they resonate through the social, psychological, spiritual, and economic life of the nation, this compelling and passionate book gives us a new way of seeing—and of seeing beyond—the damning categorization of race.