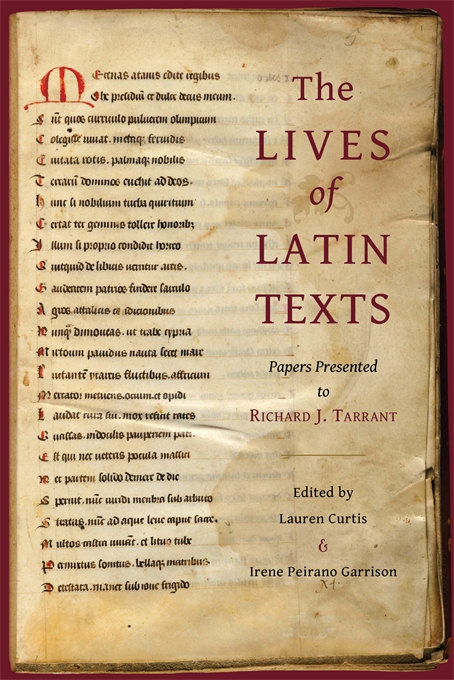 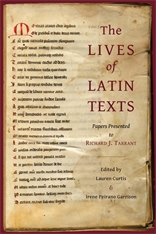 The Lives of Latin Texts

The papers in this volume are based on a 2018 conference in the Department of the Classics at Harvard University in honor of Richard Tarrant, Pope Professor of the Latin Language and Literature, on the occasion of his retirement.

The breadth of authors, genres, periods, and topics addressed in The Lives of Latin Texts is testament to Richard Tarrant’s wide-ranging influence on the fields of Latin literary studies and textual criticism. Contributions on stylistic, dramatic, metapoetic, and philosophical issues in Latin literature (including authors from Virgil, Horace, and Seneca to Ovid, Terence, Statius, Caesar, and Martial) sit alongside contributions on the history of textual transmission and textual editing. Other chapters treat the musical reception of Latin literature. Taken together, the volume reflects on the impact of Richard Tarrant’s scholarship by addressing the expressive scope and the long history of the Latin language.