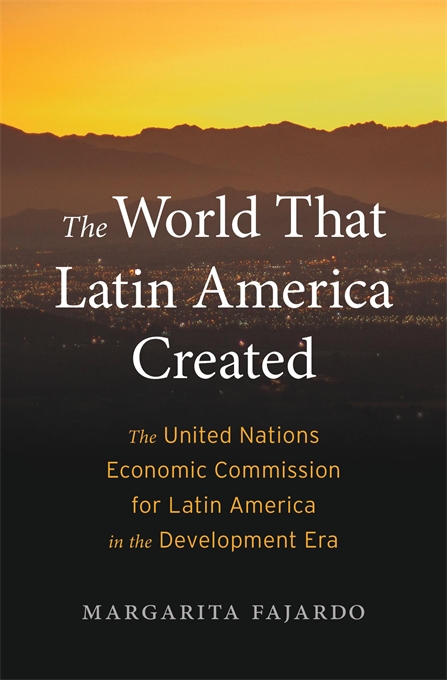 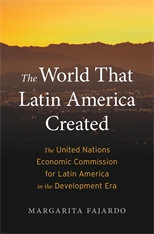 The World That Latin America Created

“The World That Latin America Created is a sweeping and original history of cepalino structuralism and dependency theory—two worldmaking schools of economic thought that Latin American intellectuals crafted after 1930 and bequeathed to the world by the 1970s. Historians of Latin America have long regarded the United Nations Economic Commission for Latin America (CEPAL) as one of the most important international institutions of the twentieth century, and Fajardo has given us an authoritative history of its development and the debates it spawned.”—Amy C. Offner, author of Sorting Out the Mixed Economy: The Rise and Fall of Welfare and Developmental States in the Americas

“A trailblazing exploration of a fateful episode in twentieth-century development history organized around the lives, words, and deeds of its leading cast of characters. This book shakes up conventional wisdoms about Latin America’s postwar development project and brings into sharp focus ideas long distorted by neoliberal hindsight. It is certain to be widely read in both North and South.”—Sarah Babb, author of Managing Mexico: Economists from Nationalism to Neoliberalism

“The World That Latin America Created provides a deeply-researched history of the intellectual and political project of the cepalinos, explaining both the enduring significance of their ideas and the counterreactions they inspired from both right and left. In deftly navigating between theory and practice, national politics and transnational institutions, and the coalescence and fragmentation of a movement, Margarita Fajardo has written a novel and timely account of a crucial episode in the public life of economic ideas.”—Angus Burgin, author of The Great Persuasion: Reinventing Free Markets since the Depression

“Few things are so often cited and so little understood as dependency theory. Margarita Fajardo’s excellent book explains why: the battle over the theory has been long and heated, stretching over decades and continents. Through biographies of key players, she guides us through the twists and turns of CEPAL and the dependentistas, from revolutionary Cuba in the late 1950s to the neoliberal turn in 1990s Brazil, exploding simplistic Cold War binaries, refusing moralizing formulas, and keeping alive a legacy of economic thought that offered no easy answers for a better future.”—Quinn Slobodian, author of Globalists: The End of Empire and the Birth of Neoliberalism

“With Margarita Fajardo’s fine study, readers will understand how and why Latin American economic ideas shaped a global generation. Fajardo recalls an age when debates over political economy defined revolutions and cogently exposes the economic conflicts at the heart of Latin America’s Cold War.”—Brodwyn Fischer, author of A Poverty of Rights: Citizenship and Inequality in Twentieth-Century Rio de Janeiro