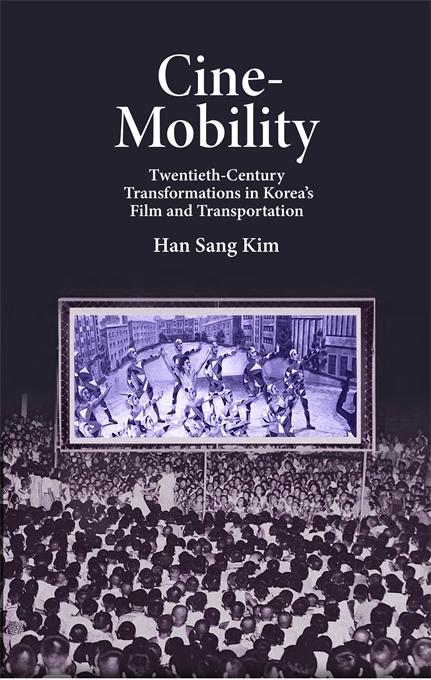 In 1916, a group of Korean farmers and their children gathered to watch a film depicting the enthronement of the Japanese emperor. For this screening, a unit of the colonial government’s news agency brought a projector and generator by train to their remote rural town. Before the formation of commercial moviegoing culture for colonial audiences in rural Korean towns, many films were sent to such towns and villages as propaganda. The colonial authorities, as well as later South Korean postcolonial state authorities, saw film as the most effective medium for disseminating their political messages. In Cine-Mobility, Han Sang Kim argues that the force of propaganda films in Korea was derived primarily not from their messages but from the new mobility of the viewing position.

From the first film shot in Korea in 1901 through early internet screen cultures in late 1990s South Korea, Cine-Mobility explores the association between cinematic media and transportation mobility, not only in diverse and discrete forms such as railroads, motorways, automobiles, automation, and digital technologies, but also in connection with the newly established rules and restrictions and the new culture of mobility, including changes in gender dynamics, that accompanied it.