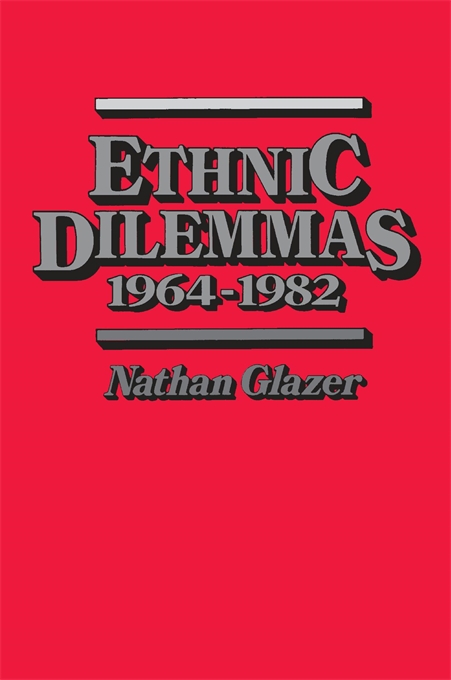 The last two decades have been the most turbulent for American racial and ethnic relations since Reconstruction. Following the passage of the landmark Civil Rights Act of 1964, there has been an explosion of ethnic self-consciousness, affirmative action, and student militancy. What do these events mean, and what should we expect in the future?

Nathan Glazer, one of America’s foremost social critics, records and interprets the central developments of this crucial period: the shift of major civil rights groups and black leaders from color blindness to color consciousness; the split this shift occasioned with other civil rights advocates, such as Jewish groups; the rapid growth of ethnic self-consciousness and militancy and its impact on schools and colleges; the conflict over bilingualism and over civil rights enforcement caused by the expansion of affirmative action; and the rise of similar issues in the new multi-ethnic states that emerged from colonialism and in Western European nations transformed by mass immigration.

The book sums up a period that closed with the election of the first national administration committed to withdrawal from the further reaches of civil rights enforcement, and it forecasts the issues that will be raised as new waves of immigration from Latin America and Asia further transform the American racial and ethnic mix.