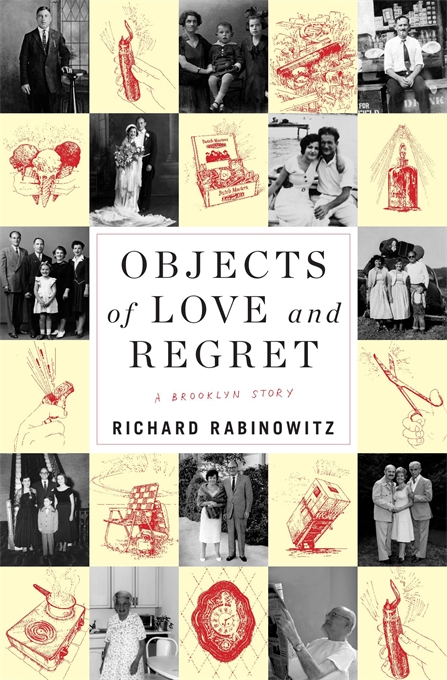 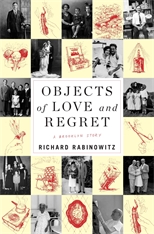 Objects of Love and Regret

An award-winning historian and museum curator tells the story of his Jewish immigrant family by lovingly reconstructing its dramatic encounters with the memory-filled objects of ordinary life.

At a pushcart stall in East New York, Brooklyn, in the spring of 1934, eighteen-year-old Sarah Schwartz bought her mother, Shenka, a green, wooden-handled bottle opener. Decades later, Sarah would tear up telling her son Richard, “Your bubbe always worked so hard. Twenty cents, it cost me.”

How could that unremarkable item, and others like it, reveal the untold history of a Jewish immigrant family, their chances and their choices over the course of an eventful century? By unearthing the personal meaning and historical significance of simple everyday objects, Richard Rabinowitz offers an intimate portrait connecting Sarah, Shenka, and the rest of his family to the twentieth-century transformations of American life. During the Depression, Sarah—born on a Polish battlefield in World War I, scarred by pogroms, pressed too early into adult responsibilities—receives a gift of French perfume, her fiancé Dave’s response to the stigma of poverty. Later we watch Dave load folding chairs into his car for a state-park outing, signaling both the postwar detachment from city life and his own escape from failures to be a good “provider” for those he loves.

Objects of Love and Regret is closely wedded to the lives of American Jewish immigrants and their children, yet Rabinowitz invites all of us to contemplate the material world that anchors our own memories. Beautifully written, absorbing, and emotionally vivid, this is a memoir that brings us back to the striving, the dreams, the successes, and the tragedies that are part of every family’s story.