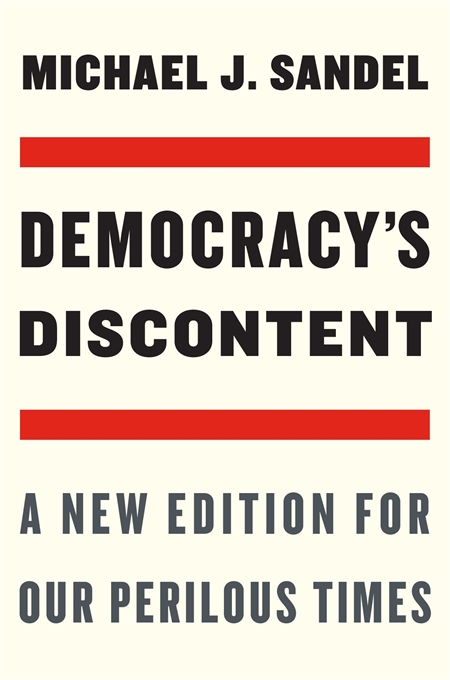 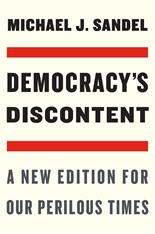 A New Edition for Our Perilous Times

A renowned political philosopher updates his classic book on the American political tradition to address the perils democracy confronts today.

The 1990s were a heady time. The Cold War had ended, and America’s version of liberal capitalism seemed triumphant. And yet, amid the peace and prosperity, anxieties about the project of self-government could be glimpsed beneath the surface.

So argued Michael Sandel, in his influential and widely debated book Democracy’s Discontent, published in 1996. The market faith was eroding the common life. A rising sense of disempowerment was likely to provoke backlash, he wrote, from those who would “shore up borders, harden the distinction between insiders and outsiders, and promise a politics to ‘take back our culture and take back our country,’ to ‘restore our sovereignty’ with a vengeance.”

Now, a quarter century later, Sandel updates his classic work for an age when democracy’s discontent has hardened into a country divided against itself. In this new edition, he extends his account of America’s civic struggles from the 1990s to the present. He shows how Democrats and Republicans alike embraced a version of finance-driven globalization that created a society of winners and losers and fueled the toxic politics of our time.

In a work celebrated when first published as “a remarkable fusion of philosophical and historical scholarship” (Alan Brinkley), Sandel recalls moments in the American past when the country found ways to hold economic power to democratic account. To reinvigorate democracy, Sandel argues in a stirring new epilogue, we need to reconfigure the economy and empower citizens as participants in a shared public life.