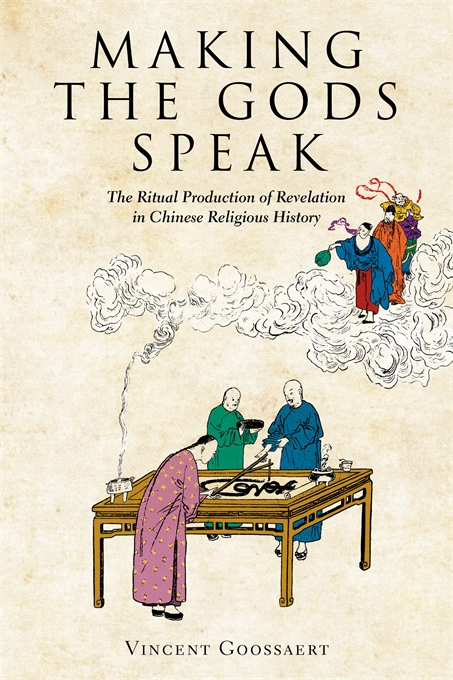 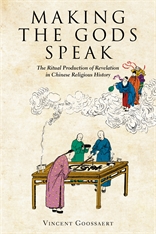 The Ritual Production of Revelation in Chinese Religious History

For two millennia, Chinese society has been producing divine revelations on an unparalleled scale, in multifarious genres and formats. This book is the first comprehensive attempt at accounting for the processes of such production. It builds a typology of the various ritual techniques used to make gods present and allow them to speak or write, and it follows the historical development of these types and the revealed teachings they made possible.

Within the large array of visionary, mediumistic, and mystical techniques, Vincent Goossaert devotes the bulk of his analysis to spirit-writing, a family of rites that appeared around the eleventh century and gradually came to account for the largest numbers of books and tracts ascribed to the gods. In doing so, he shows that the practice of spirit-writing must be placed within the framework of techniques used by ritual specialists to control human communications with gods and spirits for healing, divining, and self-divinization, among other purposes. Making the Gods Speak thus offers a ritual-centered framework to study revelation in Chinese cultural history and comparatively with the revelatory practices of other religious traditions.