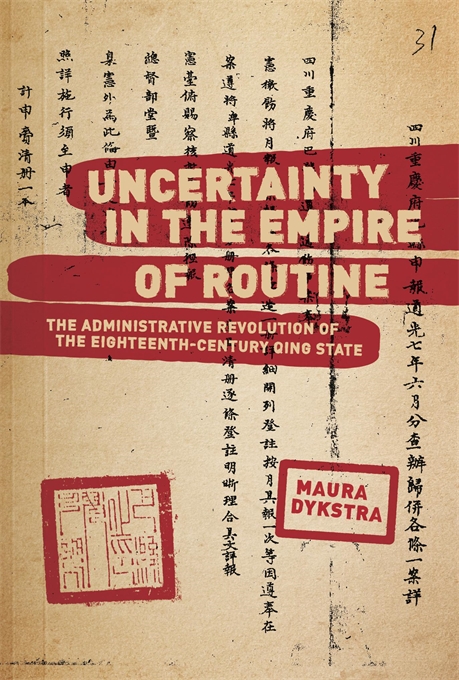 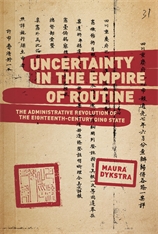 Uncertainty in the Empire of Routine

The Administrative Revolution of the Eighteenth-Century Qing State

Uncertainty in the Empire of Routine investigates the administrative revolution of China’s eighteenth-century Qing state. It begins in the mid-seventeenth century with what seemed, at the time, to be straightforward policies to clean up the bureaucracy: a regulation about deadlines here, a requirement about reporting standards there. Over the course of a hundred years, the central court continued to demand more information from the provinces about local administrative activities. By the middle of the eighteenth century, unprecedented amounts of data about local offices throughout the empire existed.

The result of this information coup was a growing discourse of crisis and decline. Gathering data to ensure that officials were doing their jobs properly, it turned out, repeatedly exposed new issues requiring new forms of scrutiny. Slowly but surely, the thicket of imperial routines and standards binding together local offices, provincial superiors, and central ministries shifted the very epistemological foundations of the state. A vicious cycle arose whereby reporting protocols implemented to solve problems uncovered more problems, necessitating the collection of more information. At the very moment that the Qing knew more about itself than ever before, the central court became certain that it had entered an age of decline.