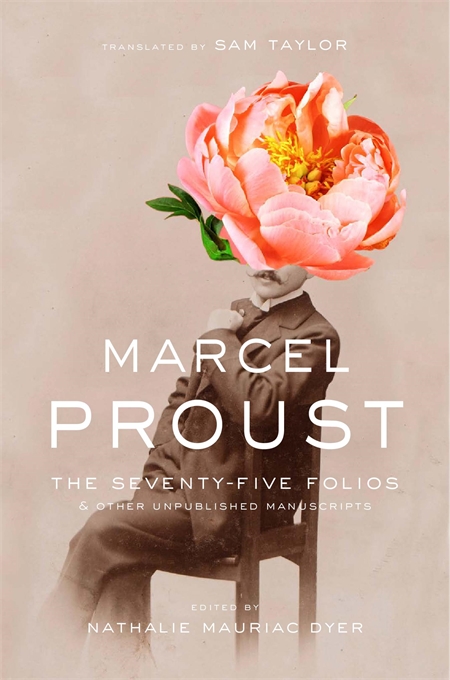 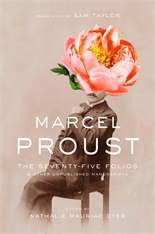 The Seventy-Five Folios and Other Unpublished Manuscripts

Presented for the first time in English, the recently discovered early manuscripts of the twentieth century’s most towering literary figure offer uncanny glimpses of his emerging genius and the creation of his masterpiece.

One of the most significant literary events of the century, the discovery of manuscript pages containing early drafts of Marcel Proust’s In Search of Lost Time put an end to a decades-long search for the Proustian grail. The Paris publisher Bernard de Fallois claimed to have viewed the folios, but doubts about their existence emerged when none appeared in the Proust manuscripts bequeathed to the Bibliothèque Nationale in 1962. The texts had in fact been hidden among Fallois’s private papers, where they were found upon his death in 2018. The Seventy-Five Folios and Other Unpublished Manuscripts presents these folios here for the first time in English, along with seventeen other brief unpublished texts. Extensive commentary and notes by the Proust scholar Nathalie Mauriac Dyer offer insightful critical analysis.

Characterized by Fallois as the “precious guide” to understanding Proust’s masterpiece, the folios contain early versions of six episodes included in the novel. Readers glimpse what Proust’s biographer Jean-Yves Tadié describes as the “sacred moment” when the great work burst forth for the first time. The folios reveal the autobiographical extent of Proust’s writing, with traces of his family life scattered throughout. Before the existence of Charles Swann, for example, we find a narrator named Marcel, a testament to what one scholar has called “the gradual transformation of lived experience into (auto)fiction in Proust’s elaboration of the novel.”

Like a painter’s sketches and a composer’s holographs, Proust’s folios tell a story of artistic evolution. A “dream of a book, a book of a dream,” Fallois called them. Here is a literary magnum opus finding its final form.