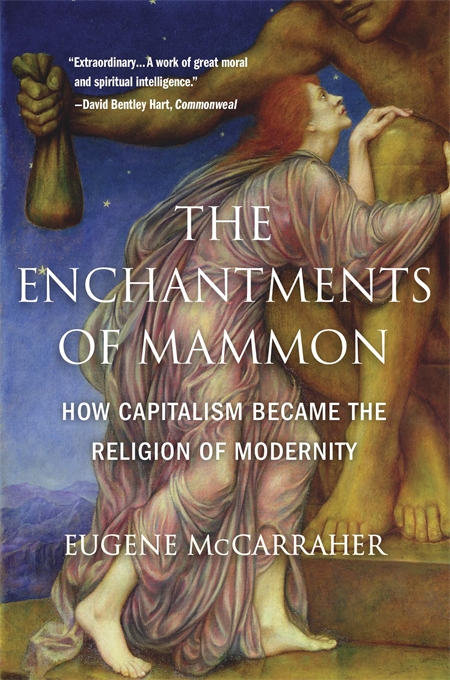 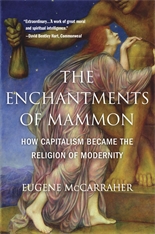 On WNUR (Chicago)’s This Is Hell!, listen to Eugene McCarraher explain how the “surrogate divinity” of capitalism swallowed our lives:

“An extraordinary work of intellectual history as well as a scholarly tour de force, a bracing polemic, and a work of Christian prophecy…McCarraher challenges more than 200 years of post-Enlightenment assumptions about the way we live and work.”—The Observer

“A majestic achievement…It is a work of great moral and spiritual intelligence, and one that invites contemplation about things we can’t afford not to care about deeply.”—Commonweal

“More brilliant, more capacious, and more entertaining, page by page, than his most ardent fans dared hope. The magnitude of his accomplishment—an account of American capitalism as a religion…will stun even skeptical readers.”—Christian Century

At least since Max Weber, capitalism has been understood as part of the “disenchantment” of the world, stripping material objects and social relations of their mystery and magic. In this magisterial work, Eugene McCarraher challenges this conventional view. Capitalism, he argues, is full of sacrament, whether one is prepared to acknowledge it or not. First flowering in the fields and factories of England and brought to America by Puritans and evangelicals, whose doctrine made ample room for industry and profit, capitalism has become so thoroughly enmeshed in the fabric of our society that our faith in “the market” has become sacrosanct.

Informed by cultural history and theology as well as management theory, The Enchantments of Mammon looks to nineteenth-century Romantics, whose vision of labor combined reason, creativity, and mutual aid, for salvation. In this impassioned challenge to some of our most firmly held assumptions, McCarraher argues that capitalism has hijacked our intrinsic longing for divinity—and urges us to break its hold on our souls.