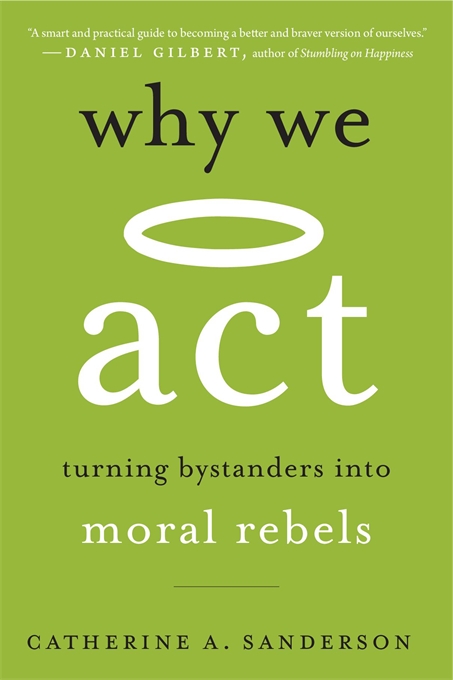 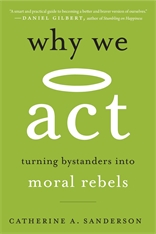 “Makes a powerful argument for building, as early as possible, the ability to stand up for what’s right in the face of peer pressure, corrupt authority, and even family apathy.”—Psychology Today

“Encouraged me to persevere through many moments when it felt far easier to stop trying.”—Washington Post

“Points to steps all of us can take to become ‘moral rebels’ whose voices can change society for the better.”—Walter V. Robinson, former editor of the Boston Globe’s Spotlight Team

“Sanderson offers sound advice on how we can become better at doing what we know is right.”—George Conway, cofounder of The Lincoln Project

We are bombarded every day by reports of bad behavior, from sexual harassment to corruption and belligerence. It’s tempting to blame bad acts on bad people—but that leaves the rest us off the hook. Why We Act draws on the latest developments in psychology and neuroscience to tackle an urgent question: Why do so many of us fail to intervene when we’re needed—and what would it take to make us step up?

A social psychologist who has done pioneering research on campus norms, Catherine Sanderson points to many ways in which our faulty assumptions about what other people are thinking can paralyze us. Moral courage, it turns out, is not innate. Small details and the right training can make a big difference. Inspiring and potentially life transforming, Why We Act reveals that while the urge to do nothing is deeply ingrained, even the most hesitant would-be bystander can learn to be a moral rebel.