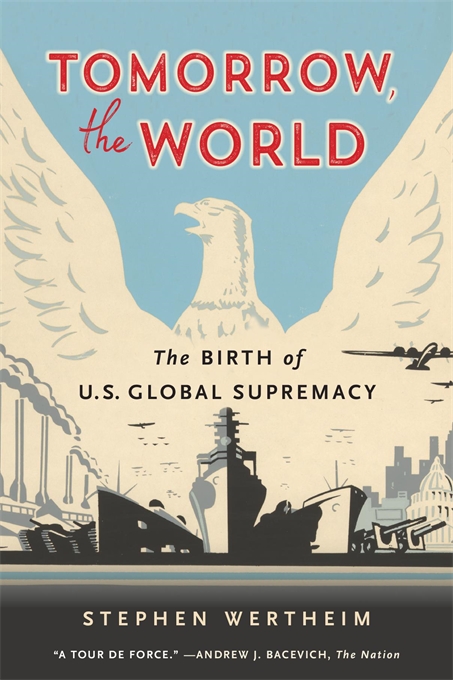 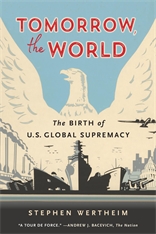 “Even in these dismal times genuinely important books do occasionally make their appearance…You really ought to read it…A tour de force…While Wertheim is not the first to expose isolationism as a carefully constructed myth, he does so with devastating effect.”—Andrew J. Bacevich, The Nation

“Its implications are invigorating…Wertheim opens space for Americans to reexamine their own history and ask themselves whether primacy has ever really met their interests.”—New Republic

“For almost 80 years now, historians and diplomats have sought not only to describe America’s swift advance to global primacy but also to explain it…Any writer wanting to make a novel contribution either has to have evidence for a new interpretation, or at least be making an older argument in some improved and eye-catching way. Tomorrow, the World does both.”—Paul Kennedy, Wall Street Journal

For most of its history, the United States avoided making political and military commitments that would entangle it in European-style power politics. Then, suddenly, it conceived a new role for itself as an armed superpower—and never looked back. In Tomorrow, the World, Stephen Wertheim traces America’s transformation to World War II, right before the attack on Pearl Harbor.

As late as 1940, the small coterie formulating U.S. foreign policy wanted British preeminence to continue. Axis conquests swept away their assumptions, leading them to conclude that America should extend its form of law and order across the globe, and back it at gunpoint. No one really favored “isolationism”—a term introduced by advocates of armed supremacy to burnish their cause. We live, Wertheim warns, in the world these men created. A sophisticated and impassioned account that questions the wisdom of U.S. supremacy, Tomorrow, the World reveals the intellectual path that brought us to today’s endless wars.