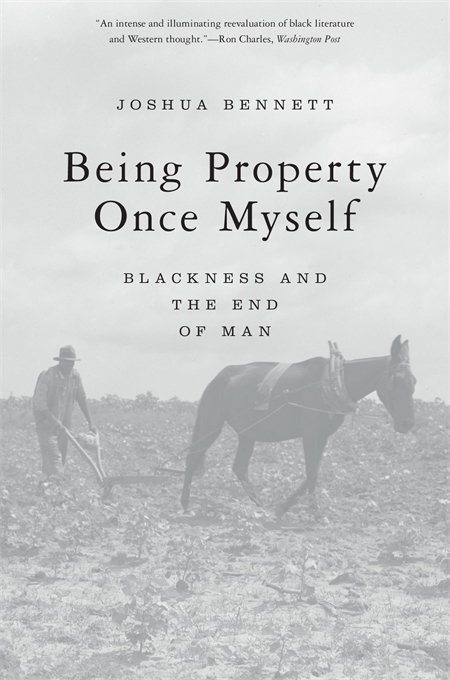 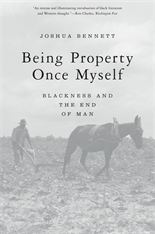 “A gripping work…Bennett’s lyrical lilt in his sharp analyses makes for a thorough yet accessible read.”—LSE Review of Books

For much of American history, Black people have been conceived and legally defined as nonpersons, a subgenre of the human. In Being Property Once Myself, prizewinning poet Joshua Bennett shows that Blackness has long acted as the caesura between human and nonhuman and delves into the literary imagination and ethical concerns that have emerged from this experience. Each chapter tracks a specific animal—the rat, the cock, the mule, the dog, the shark—in the works of Richard Wright, Toni Morrison, Zora Neale Hurston, Jesmyn Ward, and Robert Hayden. The plantation, the wilderness, the kitchenette overrun with pests, the valuation and sale of animals and enslaved people—all place Black and animal life in fraught proximity.

Bennett suggests that animals are deployed to assert a theory of Black sociality and to combat dominant claims about the limits of personhood. And he turns to the Black radical tradition to challenge the pervasiveness of anti-Blackness in discourses surrounding the environment and animals. Being Property Once Myself is an incisive work of literary criticism and a groundbreaking articulation of undertheorized notions of dehumanization and the Anthropocene.