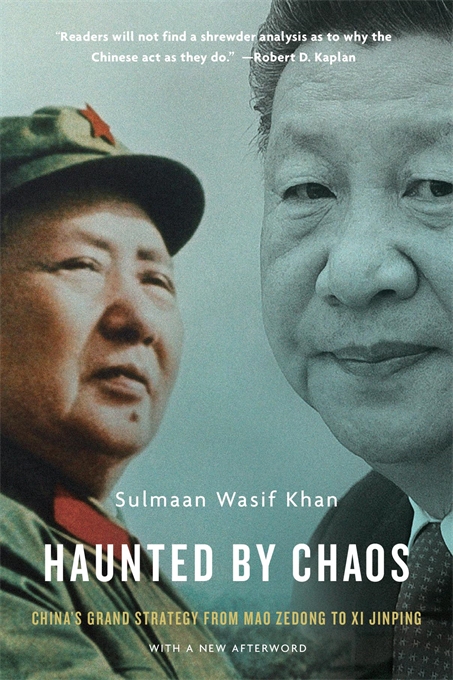 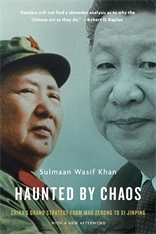 China’s Grand Strategy from Mao Zedong to Xi Jinping, With a New Afterword

“Readers will not find a shrewder analysis as to why the Chinese act as they do.”—Robert D. Kaplan

“An outstanding contribution to our understanding of that most urgent of contemporary geopolitical questions: what does China want?”—Rana Mitter

“Written with verve and insight, this will become the go-to book for anyone interested in the foundations of China’s grand strategy under Communist rule.”—Odd Arne Westad, author of The Cold War

“Khan’s brilliant analysis will help policymakers understand the critical rise of China…Crucial if we are to avoid conflict with this emerging superpower.”—Admiral James Stavridis, former Supreme Allied Commander of NATO

“Khan argues that since before the People’s Republic of China’s founding, Chinese rulers have held remarkably consistent objectives, even as their definition of security has expanded.”—Mira Rapp-Hooper, War on the Rocks

Before the Chinese Communist Party came to power, China lay broken and fragmented. Today it dominates the global stage, and yet its leaders have continued to be haunted by the past.

Analyzing the calculus behind decision making at the highest levels, Sulmaan Wasif Khan explores how China’s leaders have harnessed diplomatic, military, and economic power to keep a fragile country safe in a hostile world. At once shrewd and dangerous, Mao Zedong made China whole and succeeded in keeping it so while the caustic Deng Xiaoping dragged China into the modern world. Jiang Zemin and Hu Jintao were cautious custodians of Deng’s legacy, but Xi Jinping has shown an assertiveness that has raised concern across the globe.

China’s grand strategies, while costly, have been largely successful. But will this time-tested approach be enough to tackle the looming threats of the twenty-first century?