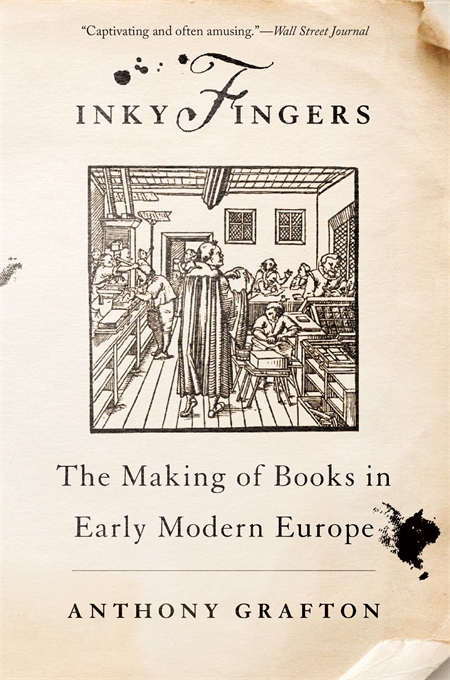 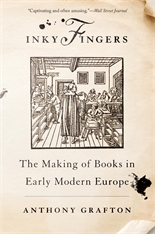 The Making of Books in Early Modern Europe

“Describes magnificent achievements, storms of controversy, and sometimes the pure devilment of scholars and printers…Captivating and often amusing.”—Wall Street Journal

“Ideas, in this vivid telling, emerge not just from minds but from hands, not to mention the biceps that crank a press or heft a ream of paper.”—New York Review of Books

“Grafton upends idealized understandings of early modern scholarship and blurs distinctions between the physical and mental labor that made the remarkable works of this period possible.”—Christine Jacobson, Book Post

“Scholarship is a kind of heroism in Grafton’s account, his nine protagonists’ aching backs and tired eyes evidence of their valiant dedication to the pursuit of knowledge.”—London Review of Books

From Francis Bacon to Barack Obama, thinkers and political leaders have denounced humanists as obsessively bookish and allergic to labor. In this celebration of bookmaking in all its messy and intricate detail, renowned historian Anthony Grafton invites us to see the scholars of early modern Europe as diligent workers. Meticulously illuminating the physical and mental labors that fostered the golden age of the book—the compiling of notebooks, copying and correction of texts and proofs, preparation of copy—he shows us how the exertions of scholars shaped influential books, treatises, and forgeries.

Inky Fingers ranges widely, tracing the transformation of humanistic approaches to texts in the seventeenth and eighteenth centuries and examining the simultaneously sustaining and constraining effects of theological polemics on sixteenth-century scholars. Grafton draws new connections between humanistic traditions and intellectual innovations, textual learning and craft knowledge, manuscript and print.

Above all, Grafton makes clear that the nitty-gritty of bookmaking has had a profound impact on the history of ideas—that the life of the mind depends on the work of the hands.