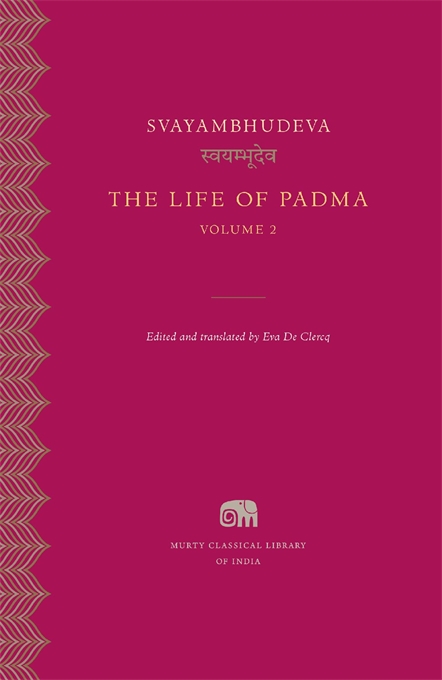 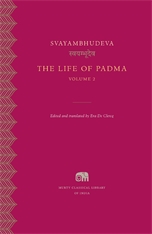 The Life of Padma, Volume 2

Murty Classical Library of India > The Life of Padma

The first English translation of the oldest extant work in Apabhramsha, a literary language from medieval India, recounting the story of the Ramayana.

The Life of Padma, or the Paümacariu, is a richly expressive Jain retelling in the Apabhramsha language of the famous Ramayana tale. It was written by the poet and scholar Svayambhudeva, who lived in south India around the beginning of the tenth century. Like the epic tradition on which it is based, The Life of Padma narrates Prince Rama’s exile, his search for his wife Sita after her abduction by King Ravana of Lanka, and the restoration of his kingship.

The second volume recounts Rama’s exile with Sita and his brother Lakshmana. The three visit various cities—rather than ashrams, as in most versions; celebrate Lakshmana’s marriages; and come upon a new city built in Rama’s honor. In Dandaka Forest, they encounter sages who are masters of Jain doctrine. Then, the discovery of Sita’s disappearance sets the stage for war with Ravana.

This is the first direct translation into English of the oldest extant Apabhramsha work, accompanied by a corrected text, in the Devanagari script, of Harivallabh C. Bhayani’s critical edition.