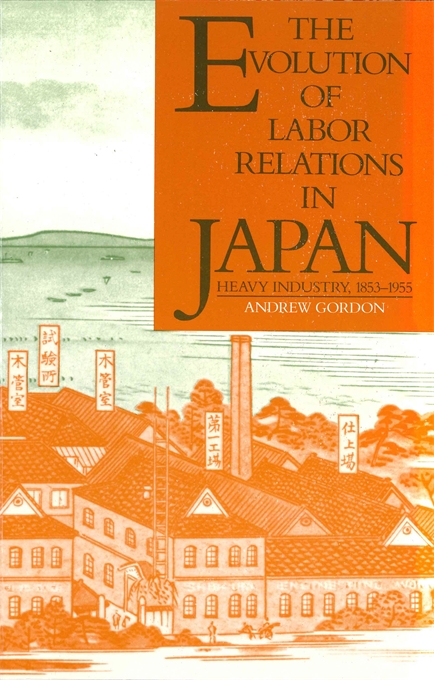 The Evolution of Labor Relations in Japan

The century-long process by which a distinct pattern of Japanese labor relations evolved is traced through the often turbulent interactions of workers, managers, and, at times, government bureaucrats and politicians. The author argues that, although by the 1920s labor relations had reached a stage that foreshadowed postwar development, it was not until the 1940s and 1950s that something closely akin to the contemporary pattern emerged.

The central theme is that the ideas and actions of the workers, whether unionized or not, played a vital role in the shaping of the system. This is the only study in the West that demonstrates how Japanese workers sought to change and to some extent succeeded in changing the structure of factory life. Managerial innovations and the efforts of state bureaucrats to control social change are also examined.

The book is based on extensive archival research and interviewing in Japan, including the use of numerous labor-union publications and the holdings of the prewar elite’s principal organization for the study of social issues, the Kyochokai (“Association for Harmonious Cooperation”)—both collections having only recently been catalogued and opened to scholars. This is an intensive look at past developments that underlie labor relations in today’s Japanese industrial plants.