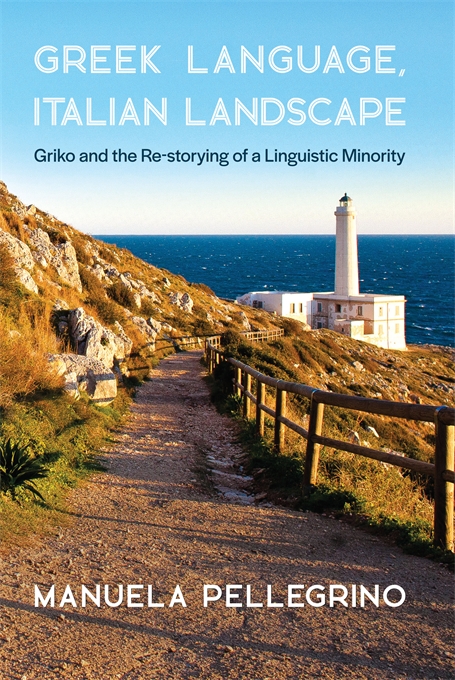 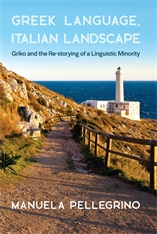 Griko and the Re-Storying of a Linguistic Minority

Greek Language, Italian Landscape traces the transformation of language ideologies and practices of Griko, a variety of Modern Greek used in the southern Italian province of Lecce, in Apulia. Building on ethnographic and linguistic data collected in Grecìa Salentina and Greece, Manuela Pellegrino recounts the story of Griko, highlighting the effects of the interplay of language ideologies and policies promoted by the European Union, Italy, and Greece. She shows how the longstanding concern about language demise has, over time, generated social relationships and fueled moral feelings and political interests that have ultimately shaped the predicament of Griko.

Pellegrino proposes the concept of “the cultural temporality of language” to describe how locals are continually re-storying Griko by recounting its multiple pasts, converting what was once considered a “backward language” into a symbolic resource that has reentered their daily lives in multiple ways. Yet the question as to which chapter of Griko’s past best represents the language—and is best represented by it—becomes a discursive struggle for community self-understanding and representation. Griko and its cultural heritage are used to redeem the past, to contest the present, and to envision the future of this land and its people.