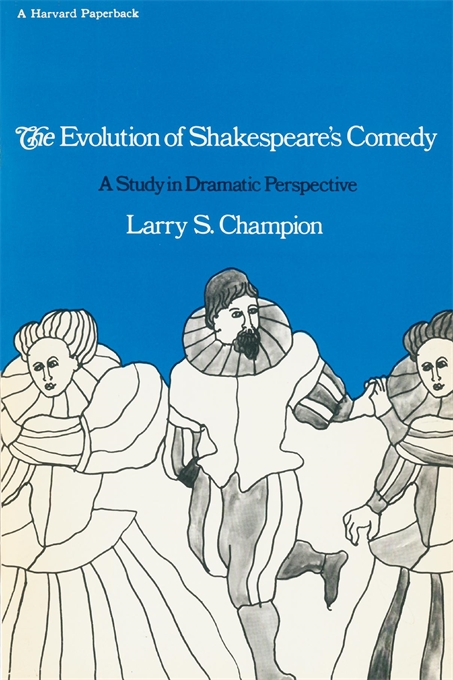 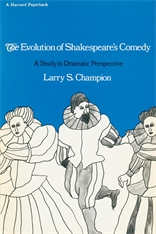 The Evolution of Shakespeare’s Comedy

A Study in Dramatic Perspective

The evolution of Shakespeare’s comedy, in Larry Champion’s view, is apparent in the expansion of his comic vision to include a complete reflection of human life while maintaining a comic detachment for the audience. Like the other popular dramatists of Elizabethan England, Shakespeare used the diverse comic motifs and devices which time and custom had proved effective. He went further, however, and created progressively deeper levels of characterization and plot interaction, thereby forming characters who were not merely devices subordinated to the needs of the plot.

Shakespeare’s development as a comic playwright, suggests Champion, was “consistently in the direction of complexity or depth of characterization.” His earliest works, like those of his contemporaries, are essentially situation comedies: the humor arises from action rather than character. There is no significant development of the main characters; instead, they are manipulated into situations which are humorous as a result, for example, of mistaken identity or slapstick confusion. The ensuing phase of Shakespeare’s comedy sets forth plots in which the emphasis is on identity rather than physical action, a revelation of character which occurs in one of two forms: either a hypocrite is exposed for what he actually is or a character who has assumed an unnatural or abnormal pose is forced to realize and admit the ridiculousness of his position. In the final comedies involving sin and sacrificial forgiveness, however, character development is concerned with a “transformation of values.”

Although each of the comedies is discussed, Champion concentrates on nine, dividing them according to the complexity of characterization. He pursues as well the playwright’s efforts to achieve for the spectator the detached stance so vital to comedy. Shakespeare obtained this perspective, Champion observes, through experimentation with the use of material mirroring the main action—mockery, parody, or caricature—and through the use of a “comic pointer” who is himself involved in the action but is sufficiently independent of the other characters to provide the audience with an omniscient view.