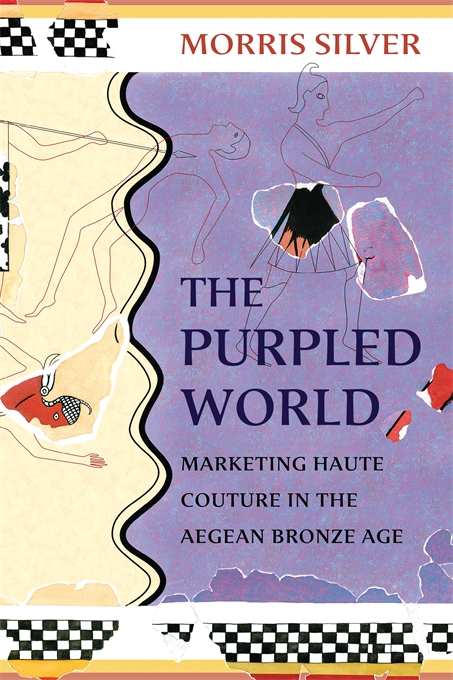 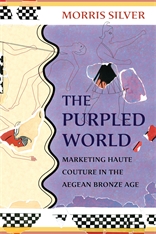 During the Aegean Bronze Age (ca. 3000–1500 BCE), the spread of woolen textiles triggered an increased demand for color. The dyes included those made from the labor-intensive processing of crocus stamens for saffron dye and even more costly dyes made from certain sea snails (the Muricidae/Murex). Minoan and Mycenaean textile producers (the palaces) operated mainly in the Black Sea region, rich in gold. “Purpled world” is Morris Silver’s term for this emergent ideology.

In Part I of The Purpled World, Silver demonstrates how the palaces embedded commercial motivation into traditional rituals, played out in purpose-built textile exhibition spaces, including labyrinths. In Part II, he mines textual, archaeological, and iconographic evidence to reveal the international textile trade. In Parts III and IV, Homer’s Trojan War is seen as a trade war, and Homeric heroes have roles as traders and/or agents for Poseidon. In Part V, Silver considers the before-and-after of this “purpled world”: Jason and the Argonauts, and the so-called collapse of the Mycenaean Palaces as a manifestation of vertical disintegration in the Aegean textile industry.

The Purpled World integrates all these forms of evidence with interpretative insights from Maslovian psychology, as well as the disciplines of fashion studies, marketing, and economics.