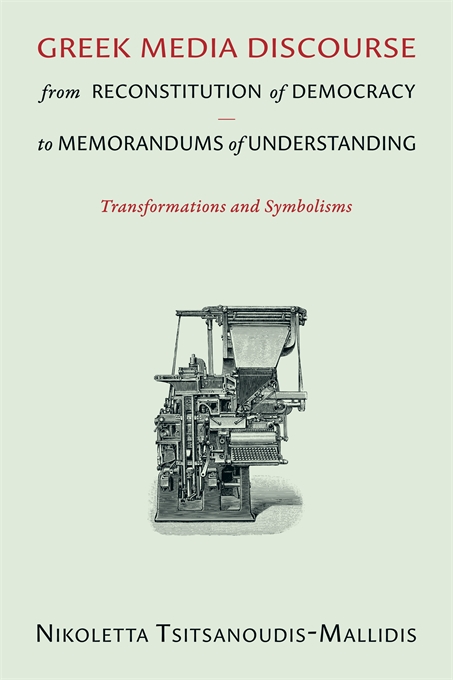 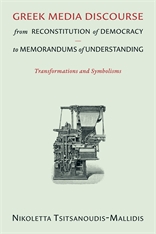 Greek Media Discourse from Reconstitution of Democracy to Memorandums of Understanding

In Greek Media Discourse from Reconstitution of Democracy to Memorandums of Understanding, Nikoletta Tsitsanoudis-Mallidis examines the changes in the form and symbolism of the language utilized by the media in Greece since the fall of the dictatorship in 1974, revealing linguistic reflections of important economic and political changes of the country. She argues that the language took a more grassroots approach because it served the climate of the restoration of democracy. It took on progressive implications by distancing from more formal approaches, facilitating political alliances and raising popular expectations.

Greek language took a more populist turn when private media sought opportunities within the lower and lower-middle classes. Language both influenced, and was influenced by, an embrace of politics through the “authority” it had gained via television and publishing. It also lost and regained the role of representing the campaigns of the common people. In the era of memoranda it became a sharp tool of manipulation, aiming at the coercive acceptance of harsh economic measures.

Finally, Tsitsanoudis-Mallidis demonstrates the way language provokes critical debate, with questions about how ultimately democratic are the forces that shape a discourse with such a “biased” projection as journalism, leaving unanswered the final question: How pedagogical can a public discourse be when it loses its democracy as a social good?