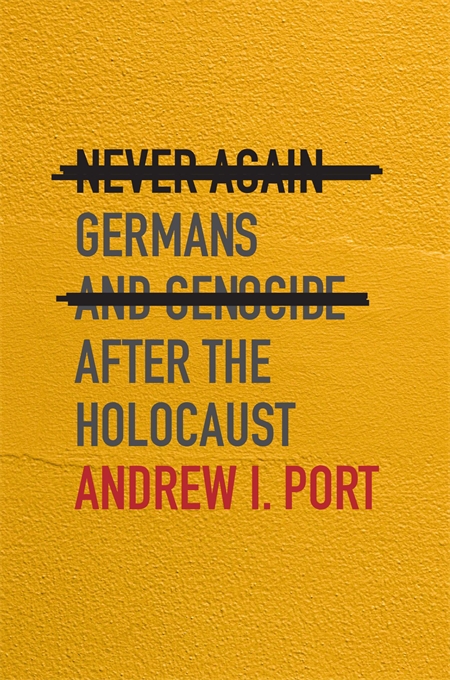 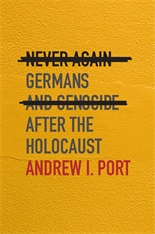 Germans and Genocide after the Holocaust

Germans remember the Nazi past so that it may never happen again. But how has the abstract vow to remember translated into concrete action to prevent new genocides abroad?

As reports of mass killings in Bosnia spread in the middle of 1995, Germans faced a dilemma. Should the Federal Republic deploy its military to the Balkans to prevent a genocide, or would departing from postwar Germany’s pacifist tradition open the door to renewed militarism? In short, when Germans said “never again,” did they mean “never again Auschwitz” or “never again war”?

Looking beyond solemn statements and well-meant monuments, Andrew I. Port examines how the Nazi past shaped German responses to the genocides in Cambodia, Bosnia, and Rwanda—and further, how these foreign atrocities recast Germans’ understanding of their own horrific history. In the late 1970s, the reign of the Khmer Rouge received relatively little attention from a firmly antiwar public that was just “discovering” the Holocaust. By the 1990s, the genocide of the Jews was squarely at the center of German identity, a tectonic shift that inspired greater involvement in Bosnia and, to a lesser extent, Rwanda. Germany’s increased willingness to use force in defense of others reflected the enthusiastic embrace of human rights by public officials and ordinary citizens. At the same time, conservatives welcomed the opportunity for a more active international role involving military might—to the chagrin of pacifists and progressives at home.

Making the lessons, limits, and liabilities of politics driven by memories of a troubled history harrowingly clear, Never Again is a story with deep resonance for any country confronting a dark past.