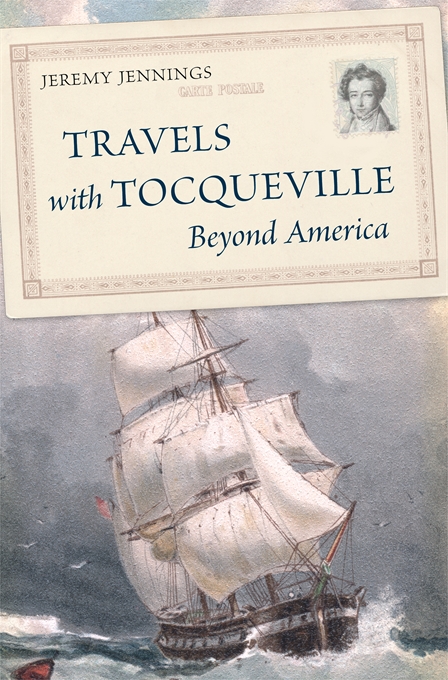 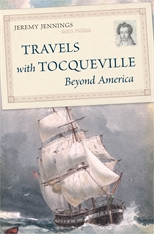 Travels with Tocqueville Beyond America

A revelatory intellectual biography of Tocqueville, told through his wide-ranging travels—most of them, aside from his journey to America, barely known.

It might be the most famous journey in the history of political thought: in 1831, Alexis de Tocqueville sailed from France to the United States, spent nine months touring and observing the political culture of the fledgling republic, and produced the classic Democracy in America.

But the United States was just one of the many places documented by the inveterate traveler. Jeremy Jennings follows Tocqueville’s voyages—by sailing ship, stagecoach, horseback, train, and foot—across Europe, North Africa, and of course North America. Along the way, Jennings reveals underappreciated aspects of Tocqueville’s character and sheds new light on the depth and range of his political and cultural commentary.

Despite recurrent ill health and ever-growing political responsibilities, Tocqueville never stopped moving or learning. He wanted to understand what made political communities tick, what elite and popular mores they rested on, and how they were adjusting to rapid social and economic change—the rise of democracy and the Industrial Revolution, to be sure, but also the expansion of empire and the emergence of socialism. He lauded the orderly, Catholic-dominated society of Quebec; presciently diagnosed the boisterous but dangerously chauvinistic politics of Germany; considered England the freest and most unequal place on Earth; deplored the poverty he saw in Ireland; and championed French colonial settlement in Algeria.

Drawing on correspondence, published writings, speeches, and the recollections of contemporaries, Travels with Tocqueville Beyond America is a panoramic combination of biography, history, and political theory that fully reflects the complex, restless mind at its center.