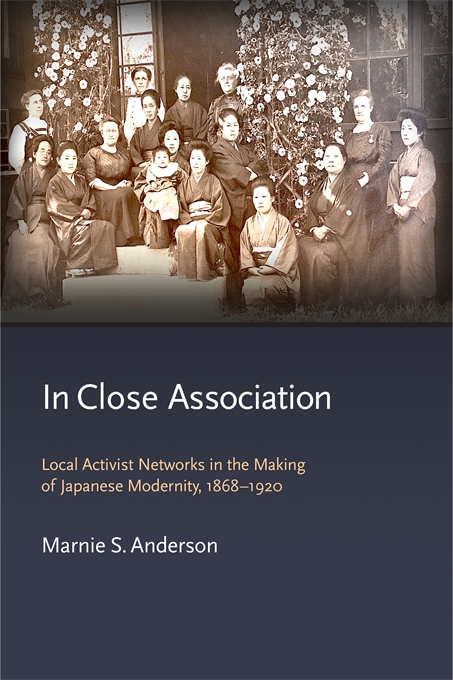 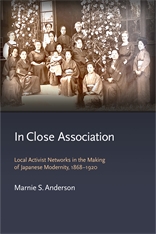 Local Activist Networks in the Making of Japanese Modernity, 1868–1920

In Close Association is the first English-language study of the local networks of women and men who built modern Japan in the Meiji period (1868–1912). Marnie Anderson uncovers in vivid detail how a colorful group of Okayama-based activists founded institutions, engaged in the Freedom and People’s Rights Movement, promoted social reform, and advocated “civilization and enlightenment” while forging pathbreaking conceptions of self and society. Alongside them were Western Protestant missionaries, making this story at once a local history and a transnational one.

Placing gender analysis at its core, the book offers fresh perspectives on what women did beyond domestic boundaries, while showing men’s lives, too, were embedded in home and kin. Writing “history on the diagonal,” Anderson documents the gradual differentiation of public activity by gender in the late nineteenth and early twentieth centuries. Meiji-era associations became increasingly sex-specific, though networks remained heterosocial until the twentieth century.

Anderson attends to how the archival record shapes what historians can know about individual lives. She argues for the interdependence of women and men and the importance of highlighting connections between people to explain historical change. Above all, the study sheds new light on how local personalities together transformed Japan.