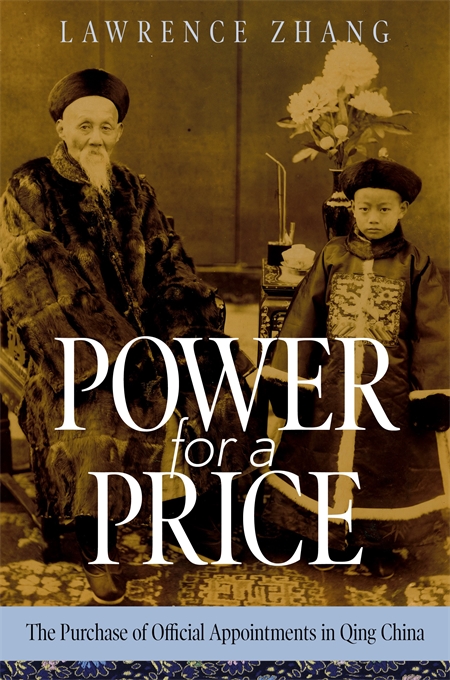 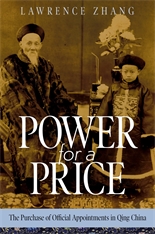 Power for a Price

The Purchase of Official Appointments in Qing China

The Qing dynasty office purchase system (juanna), which allowed individuals to pay for appointments in the government, was regarded in traditional Chinese historiography as an inherently corrupt and anti-meritocratic practice. It enabled participants to become civil and military officials while avoiding the competitive government-run examination systems.

Lawrence Zhang’s groundbreaking study of a broad selection of new archival and other printed evidence—including a list of over 10,900 purchasers of offices from 1798 and narratives of purchase—contradicts this widely held assessment and investigates how observers and critics of the system, past and present, have informed this questionable negative view. The author argues that, rather than seeing office purchase as a last resort for those who failed to obtain official appointments via other means, it was a preferred method for wealthy and well-connected individuals to leverage their social capital to the fullest extent. Office purchase was thus not only a useful device that raised funds for the state, but also a political tool that, through literal investments in their positions and their potential to secure status and power, tied the interests of official elites ever more closely to those of the state.