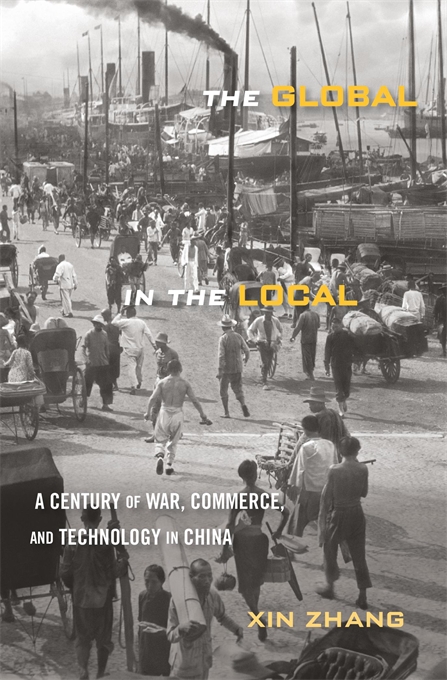 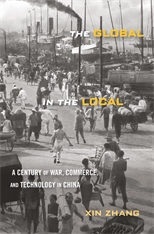 The Global in the Local

A Century of War, Commerce, and Technology in China

The story of globalization in the nineteenth and early twentieth centuries as experienced by ordinary people in the Chinese river town of Zhenjiang.

Fear swept Zhenjiang as British soldiers gathered outside the city walls in the summer of 1842. Already suspicious of foreigners, locals had also heard of the suffering the British inflicted two months earlier, in Zhapu. A wave of suicides and mercy killings ensued: rather than leave their families to the invaders, hundreds of women killed themselves and their children or died at the hands of male family members. British observers decried an “Asian culture” of ritual suicide. In reality, the event was sui generis—a tragic result of colliding local and global forces in nineteenth-century China.

Xin Zhang’s groundbreaking history examines the intense negotiations between local societies and global changes that created modern China. In the nineteenth and early twentieth centuries, world-historic political, economic, and technological developments transformed the textures of everyday life in places like Zhenjiang, a midsize river town in China’s prosperous Lower Yangzi region. Drawing on rare primary sources, including handwritten diaries and other personal writings, Zhang offers a ground-level view of globalization in the city. We see civilians coping with the traumatic international encounters of the Opium War; Zhenjiang brokers bankrolling Shanghai’s ascendance as a cosmopolitan commercial hub; and merchants shipping goods to market, for the first time, on steamships.

Far from passive recipients, the Chinese leveraged, resisted, and made change for themselves. Indeed, The Global in the Local argues that globalization is inevitably refracted through local particularities.