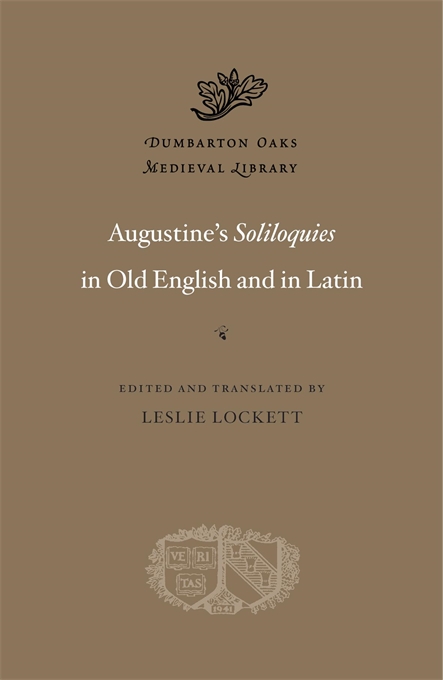 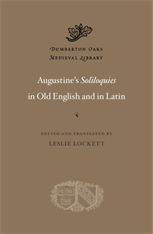 Augustine’s Soliloquies in Old English and in Latin

Edited and translated by Leslie Lockett

A new edition featuring Saint Augustine’s dialogue on immortality from a tenth-century Latin manuscript, accompanied by an Old English vernacular adaptation translated into modern English for the first time in a hundred years.

Around the turn of the tenth century, an anonymous scholar crafted an Old English version of Saint Augustine of Hippo’s Soliloquia, a dialogue exploring the nature of truth and the immortality of the soul. The Old English Soliloquies was, perhaps, inspired by King Alfred the Great’s mandate to translate important Latin works. It retains Augustine’s focus on the soul, but it also explores loyalty—to friends, to one’s temporal lord, and to the Lord God—and it presses toward a deeper understanding of the afterlife. Will we endure a state of impersonal and static forgetfulness, or will we retain our memories, our accrued wisdom, and our sense of individuated consciousness?

This volume presents the first English translation of the complete Old English Soliloquies to appear in more than a century. It is accompanied by a unique edition of Augustine’s Latin Soliloquia, based on a tenth-century English manuscript similar to the one used by the translator, that provides insight into the adaptation process. Both the Latin and Old English texts are newly edited.