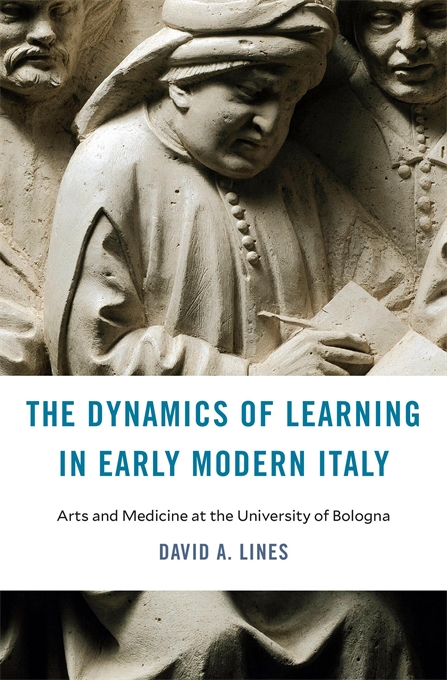 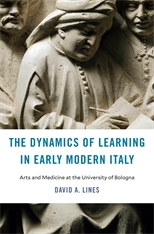 The Dynamics of Learning in Early Modern Italy

Arts and Medicine at the University of Bologna

A pathbreaking history of early modern education argues that Europe’s oldest university, often seen as a bastion of traditionalism, was in fact a vibrant site of intellectual innovation and cultural exchange.

The University of Bologna was among the premier universities in medieval Europe and an international magnet for students of law. However, a longstanding historiographical tradition holds that Bologna—and Italian university education more broadly—foundered in the early modern period. On this view, Bologna’s curriculum ossified and its prestige crumbled, due at least in part to political and religious pressure from Rome. Meanwhile, new ways of thinking flourished instead in humanist academies, scientific societies, and northern European universities.

David Lines offers a powerful counternarrative. While Bologna did decline as a center for the study of law, he argues, the arts and medicine at the university rose to new heights from 1400 to 1750. Archival records show that the curriculum underwent constant revision to incorporate contemporary research and theories, developed by the likes of René Descartes and Isaac Newton. From the humanities to philosophy, astronomy, mathematics, and medicine, teaching became more systematic and less tied to canonical texts and authors. Theology, meanwhile, achieved increasing prominence across the university. Although this religious turn reflected the priorities and values of the Catholic Reformation, it did not halt the creation of new scientific chairs or the discussion of new theories and discoveries. To the contrary, science and theology formed a new alliance at Bologna.

The University of Bologna remained a lively hub of cultural exchange in the early modern period, animated by connections not only to local colleges, academies, and libraries, but also to scholars, institutions, and ideas throughout Europe.