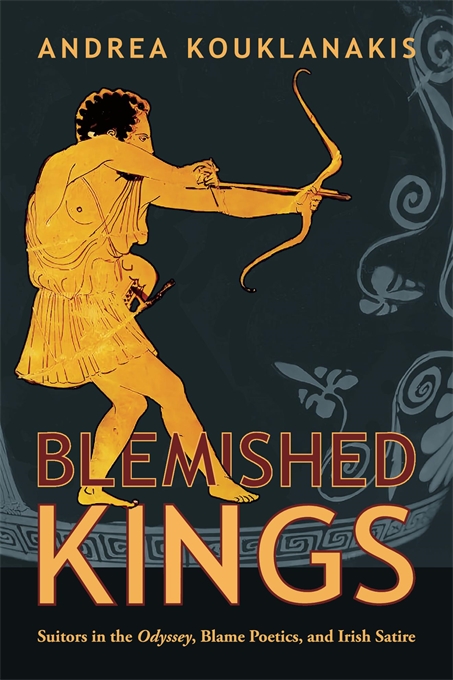 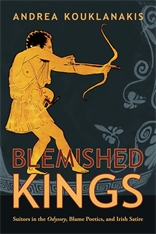 Suitors in the Odyssey, Blame Poetics, and Irish Satire

Each of the suitors in the Odyssey is eager to become the king of Ithaca by marrying Penelope and disqualifying Telemachus from his rightful royal inheritance. Their words are contentious, censorious, and intent on marking Odysseus’ son as unfit for kingship. However, in keeping with other reversals in the Odyssey, it is the suitors who are shown to be unfit to rule.

In Blemished Kings, Andrea Kouklanakis interprets the language of the suitors—their fighting words—as Homeric expressions of reproach and critique against unsuitable kings. She suggests that the suitors’ disparaging expressions, and the refutations they provoke from Telemachus and from Odysseus himself, rest on the ideology whereby a blemished king cannot rule. Therefore, the suitors vehemently reject Telemachus’ suggestion that they are to be blamed. She shows that in the Odyssey there is linguistic and semantic evidence for the concept that blame poetry can physically blemish, hence disqualify, rulers. In her comparative approach, Kouklanakis looks towards the regulatory role of satire in early Irish law and myth, particularly the taboo against a blemished-face king, offering thereby a socio-poetic context for the suitors’ struggles for kingship.