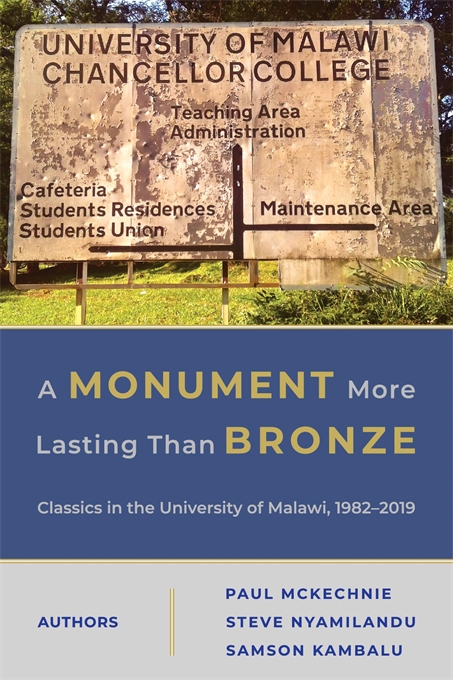 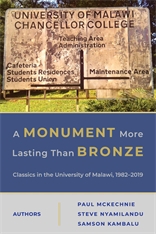 A Monument More Lasting than Bronze

Formed in 1964, the year of independence, the University of Malawi promised more than the distant University College of Rhodesia and Nyasaland—founded 1952—ever could. A decade and a half later, Hastings Kamuzu Banda, by then Life President of the Republic of Malawi, let it be known to the University that a Department of Classics was to be established—teaching the history and languages of the ancient Mediterranean world at Zomba, on the edge of the African Rift Valley.

A Monument More Lasting than Bronze analyzes President Banda’s motives for this surreal intervention and the political goals it served, and also sketches out the shape the enterprise he called into being has taken—all in the context of worldwide transformations of Classics. A balanced team of authors, some Malawian, some foreign with Malawian connections, brings varied perspectives to this reflection.