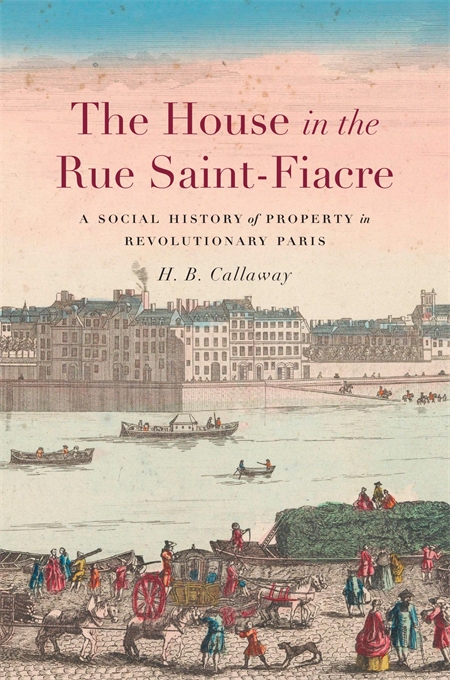 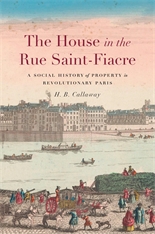 The House in the Rue Saint-Fiacre

A Social History of Property in Revolutionary Paris

A bold account of property reform during the French Revolution, arguing that the lofty democratic ideals enshrined by revolutionary leaders were rarely secured in practice—with lasting consequences.

Property reform was at the heart of the French Revolution. As lawmakers proclaimed at the time, and as historians have long echoed, the Revolution created modern property rights. Under the new regime, property was redefined as an individual right to which all citizens were entitled. Yet as the state seized assets and prepared them for sale, administrators quickly found that realizing the dream of democratic property rights was far more complicated than simply rewriting laws.

H. B. Callaway sifts through records on Parisian émigrés who fled the country during the Revolution, leaving behind property that the state tried to confiscate. Immediately, officials faced difficult questions about what constituted property, how to prove ownership, and how to navigate the complexities of credit arrangements and family lineage. Mothers fought to protect the inheritances of their children, tenants angled to avoid rent payments, and creditors sought their dues. In attempting to execute policy, administrators regularly exercised their own judgment on the validity of claims. Their records reveal far more continuity between the Old Regime and revolutionary practices than the law proclaimed. Property ownership continued to depend on webs of connections beyond the citizen–state relationship, reinforced by customary law and inheritance traditions. The resulting property system was a product of contingent, on-the-ground negotiations as much as revolutionary law.

The House in the Rue Saint-Fiacre takes stock of the contradictions on which modern property rights were founded. As Callaway shows, the property confiscations of Parisian émigrés are a powerful, clarifying lens on the idea of ownership even as it exists today.