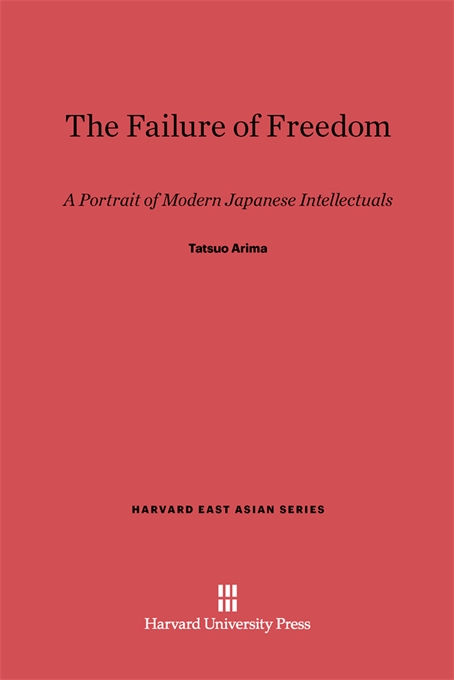 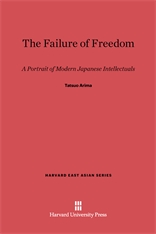 The Failure of Freedom

A Portrait of Modern Japanese Intellectuals

An excellent introduction to Japanese intellectual history in the first third of the twentieth century, this is a study of the intellectual atmosphere that made the development of a constitutional form of government difficult. As heirs to the Meiji Restoration, modern Japanese intellectuals were trapped by the historical paradox that modern Japan was born not so much of the victory of the new forces over the old, as of the skillful self-transformation of the old forces themselves. To reject parts of new Japanese society often meant to reject the whole of it.

Tatsuo Arima examines the period’s philosophical and religious writings and the main literary figures and groups and their works and theories about literature. He finds a widespread anticonstitutional mentality and relates it to the intellectuals’ political behavior. In particular, he analyzes the reasons why prewar Japanese intellectuals, who seemed to be so opposed to the rise of nationalism, took no socially effective action to prevent its emergence and subsequently became its victims.