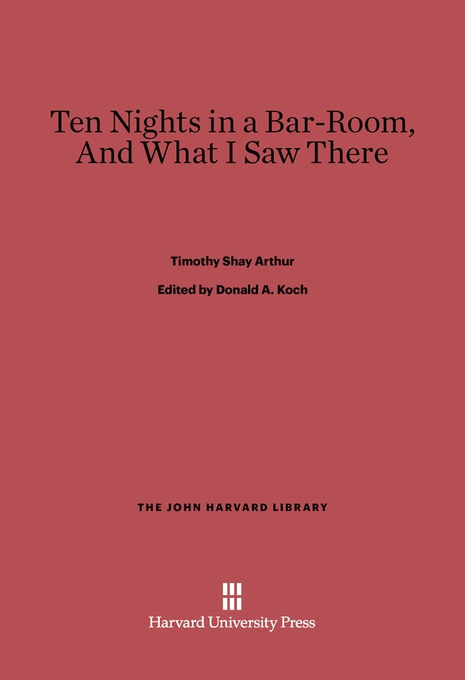 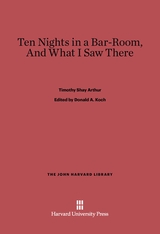 Ten Nights in a Bar-Room, And What I Saw There

Edited by Donald A. Koch

No commentary on American culture that relates to nineteenth-century humanitarian reform can avoid making mention of the ante-bellum temperance crusade. Next to slavery it was the all-consuming preoccupation of the national mind and it resulted in a flood of protest and reform literature that continued to pour from the presses throughout the century. Among the stalwart champions who raised their voices in this crusade, Timothy Shay Arthur, publisher, editor, novelist, and tractarian, is preeminent. Author of a vast corpus of writings that reflects the character and preoccupations of his age, he produced in Ten Nights in a Bar-Room (1854), the best-known and most influential temperance classic of all time. Donald Koch’s introduction provides an extended sketch of Arthur’s life and writings, including a commentary on Arthur’s curious relationship with Poe, an account of the early temperance movement and Arthur’s involvement in it, and an analysis of this remarkable novel.