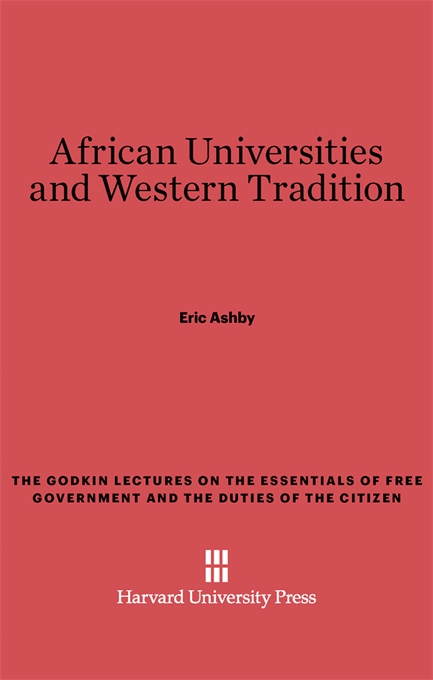 Universities in tropical Africa have faithfully mirrored European or American traditions of education; Senegal follows the French pattern of a university, Ghana the British, and there is now in Nigeria a university which imitates the American Land Grant college. But universities, like animals and plants, must adapt themselves to their environment if they are to survive. This adaptation is the subject of Sir Eric Ashby’s enlightening book which grows out of twelve years of experience in Africa culminating in his chairmanship of the “Ashby Commission” on higher education in Nigeria. Taking as his theme “cultural nationalism and universities,” he recounts how higher education was exported to the British colonies on the British model—self-governing corporations, operating on the assumption that their social function was to nurture an intellectual elite. He then analyzes—with quotations from the African press and from the speeches of political leaders—the pressures on higher education arising from African nationalism and the response of West African universities to these pressures. This book, in examining the role and function of universities in West Africa, simultaneously provides an illuminating commentary on the political, social, and psychological problems of these new nations.