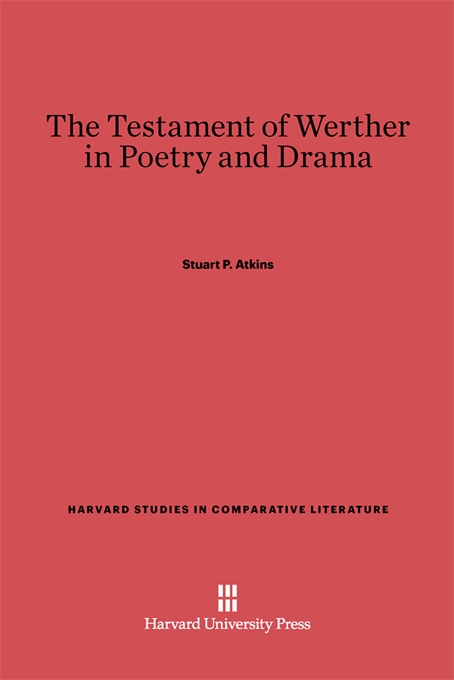 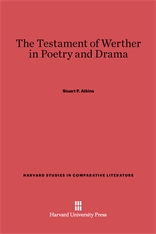 The Testament of Werther in Poetry and Drama

Few great novels have enjoyed such immediate and lasting international fame as Werther, the work with which Goethe’s world renown began. Yet from its first appearance down to the present day, hardly anyone has read the story as it was written: readers have almost always seen Werther in the light of the literary fashions of their own day.

Such fashions change and usually have no lasting effect, but this has not been true for Werther. A revolutionary work in the history of the modern novel, it was first taken up as one more sentimental tale, or as a sensationally immoral book. Later on, old legends were incorporated with new ones to such good effect that even today most of us think of a Werther who has been typed by some important literary tradition, or traditions, as much as of the actual hero of Goethe’s classic novel.

The influence of these literary traditions on the fame of Werther is Stuart Atkins’ theme. His book is rich in illustrative material showing how the creative power of the public mind helps shape critical prejudice or opinion. A wide public will relish his informative and often amusing account of how a great book is read.