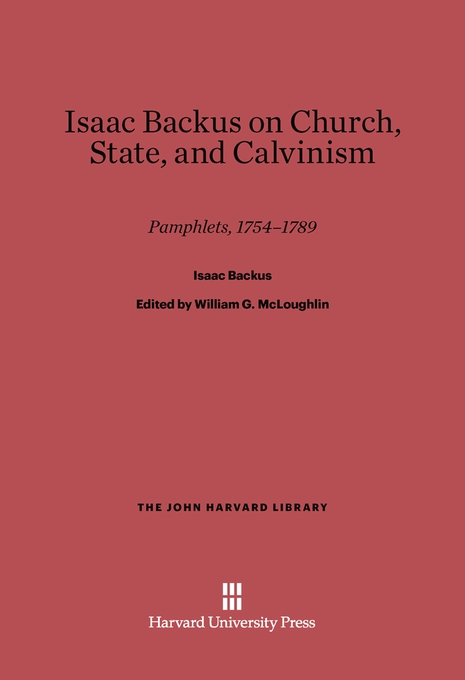 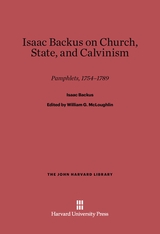 Isaac Backus, whose career spanned the sixty years from the First to the Second Great Awakening, was the most forceful and effective spokesman for the evangelical theory of the separation of church and state that America has produced. In this respect, as William McLoughlin points out in his detailed and perceptive Introduction, Backus deserves to rank with Roger Williams and Thomas Jefferson. His ambition, not finally achieved until a generation after his death, was to obtain religious liberty and equality for all sects through the disestablishment of the Congregational churches in New England.

Born in Connecticut in 1724, Backus began his ministerial life as a lay exhorter for the Separate Baptists; eventually, in 1766, he helped found the antipedobaptist church. In the course of his long career he contributed significantly to the rationale of the Baptist movement and to the reconciliation of Calvin’s beliefs in human depravity and predestination with the Enlightenment’s faith in free will and self-determination. This collection of his writings, made available here for the first time in more than a century, emphasizes his contribution to the movement for the separation of church and state—an effort for which he is historically most notable.