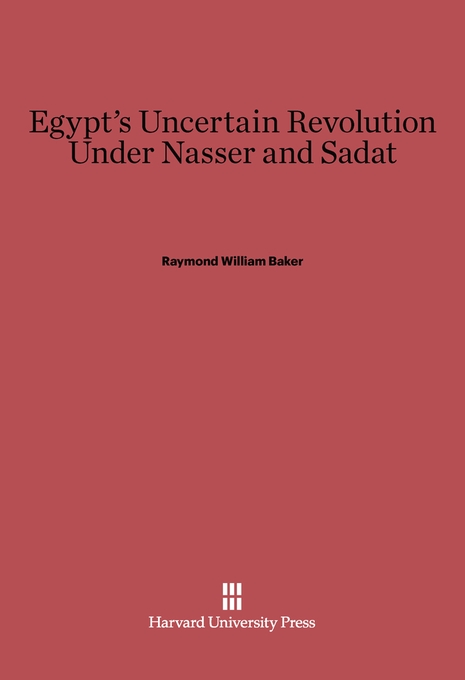 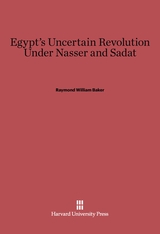 This is the only authoritative history of Egypt’s revolutionary experience under the leadership of Gamul Abdul Nasser and Anwar el-Sadat. Presenting an explicit analysis of their efforts to create the politics and bureaucracy of revolutionary social reconstruction, the author addresses one central question: what have been the successes and failures and unintended consequences of Nasser’s and Sadat’s plans to direct vast transformations in Egypt?

Raymond Baker begins by tracing Nasser’s struggle to transform a conspiratorial military coup into a genuine revolution. He goes on to examine the difficulties Nasser faced in formulating a consistent ideology and in governing through factions (the bureaucracy, the military, technologists, and leftists) that were often at odds with each other. These problems were inherited by Sadat, who, Baker shows, has taken a new course in his efforts to solve them. Sadat has attempted to improve industry, attract foreign capital, and establish viable institutions through which Egypt can progress towards modernization.

At the same time, Baker shows that Egypt’s domestic developments must always be viewed in the light of its foreign involvements and policies. He examines both leaders’ uses of foreign policy to aid domestic reform and charts the evolution of Egypt’s involvement from the mid-fifties until the present. Baker concludes with an important assessment, through case studies, of Egypt’s performance in three areas: industrial management, agriculture, and rural health programs. His book, writes Joel Migdal of Harvard University, “is far superior to anything previously written on the subject of the Egyptian revolution and its impact on Egyptian society.”