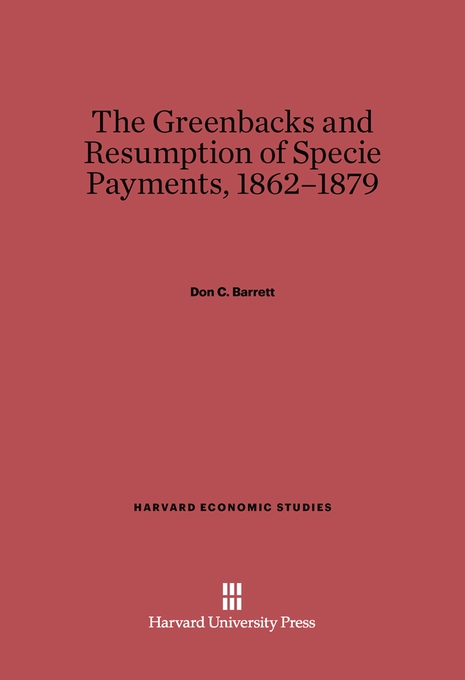 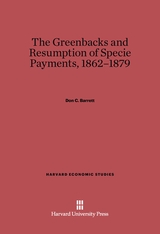 Greenbacks and Resumption of Specie Payments, 1862-1879

The suffering, physical and financial, which the people of Europe and America have undergone since 1914 on account of inflation of currencies is probably greater than that caused by any other influence of the Great War. This has turned serious attention to the paper money experiment of the United States under the Greenback Standard, 1862-1879—a typical case of the various pitfalls and evils attending a paper money regime. Don Barrett has brought the various phases of our experiment within the range of a moderate sized monograph. He presents a critical account of the original issues of greenbacks, of fluctuating prices and violent speculation, of a decade and more of befuddled debate on contracting the currency and resumption, of the authorship of the resumption act itself now for the first time made clear, and of the actual process of resumption under the leadership of John Sherman.